AT&T* and the City of Los Angeles are unveiling ShakeAlertLA, a unique mobile app designed to alert residents in Los Angeles County of an earthquake. The app is designed to send push notifications that an earthquake has occurred, potentially giving residents critical seconds of notice before shaking reaches them.

ShakeAlertLA is a pilot project designed to alert users when seismic activity equal to or greater than magnitude 5.0 is detected by a regional sensor network. It includes maps that help users visualize the earthquake’s epicenter in relation to where they are. The app also has tools to build a readiness plan, equip citizens with local response information and deliver details on support services for recovery efforts.

“Angelenos should have every chance to protect themselves and their families when there’s a major earthquake,” said Mayor Garcetti. “We created the ShakeAlertLA app because getting a few seconds’ heads-up can make a big difference if you need to pull to the side of the road, get out of an elevator, or drop, cover, and hold on.”

ShakeAlertLA is based on seismic data from a West Coast-wide network of sensors that detect earthquakes. The sensors are placed along fault lines and send data to United States Geological Survey (USGS) scientists. When an earthquake strikes, information is sent to the app and pushed as an alert to active app subscribers. The farther a ShakeAlertLA user is from the epicenter of an earthquake, the greater the warning that user may receive, while a user who is located closer to the epicenter may receive less warning.  Users may receive the alert before, during, or after shaking.

After an earthquake, residents can use the app to find various emergency services like where to seek shelter if your home is damaged or unsafe.

“ShakeAlertLA brings together a wealth of information that is easy-to-access and user-friendly for consumers,” said Rhonda Johnson, President of AT&T California. “Mobile technology is being used more to provide fast, available information. We’re very proud to be working alongside Mayor Garcetti and his team to build a robust solution designed to help improve public safety in Los Angeles.”

AT&T and Los Angeles are also exploring ways to use technology to solve problems that matter most to the community, such as traffic congestion and public safety. We’re looking to deploy Internet of Things (IoT) solutions, ranging from digital kiosks to structural monitoring to digital infrastructure, across the city, including underserved neighborhoods.

Through our public-private collaboration, our smart cities technology can help provide better connectivity to neighborhoods that have been traditionally left behind in the digital divide.

ShakeAlertLA is free and offers both English and Spanish versions. The app is available now for download on iOS and Android smartphones and can be used on any carrier’s network. 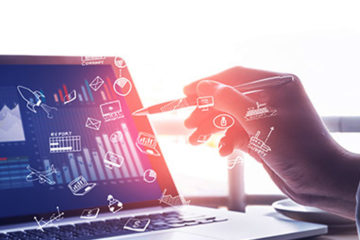 Citrix Synergy 2020: Where Work Gets Smart