The supercomputer Fugaku, jointly developed by RIKEN and Fujitsu, has successfully retained the top spot for fourth consecutive terms on all four of the major high-performance computer rankings. This includes the TOP500 list as well as the HPCG, a performance ranking for computing methods often used for real-world applications, HPL-AI, which ranks supercomputers based on their performance on single- and half-precision computing typically used in artificial intelligence applications, and the Graph 500 ranking, which ranks systems based on graph analytic performance, an important element in data-intensive workloads. The results of the rankings were announced on November 15 at the SC21 High-Performance Computing Conference, which is currently being held as a hybrid event.

Top AiThority.com Insights: TrustNFT: Is NFT The Future Of Finances? 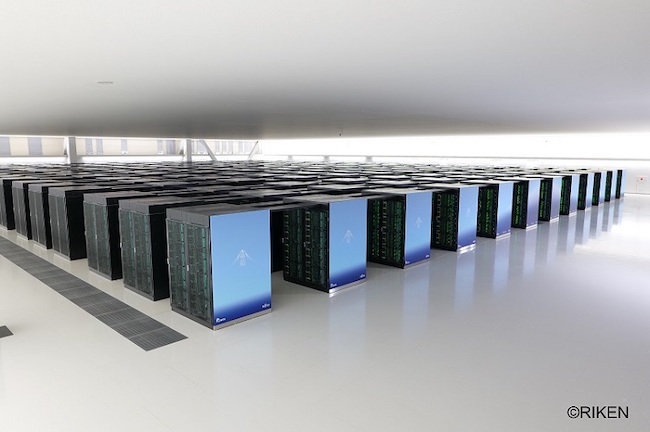 The top ranking on Graph 500 was won by a collaboration involving RIKEN, Kyushu University, Fixstars Corporation, and Fujitsu. It earned a score of 102,955 gigaTEPS.

According to Satoshi Matsuoka, director of RIKEN R-CCS, “Fugaku has been researched and developed as an embodiment of our country’s world’s best IT technology, which combines performance, power savings and ease of programming. For the fourth time in its history, Fugaku not only became the overwhelming world leader in key benchmarks for simulation, big data and AI, but has made great contributions to the formulation of infection guidelines for the government and companies to combat COVID-19. It has helped produce results that are useful in the real world, bringing about a so-called DX through its high performance in various fields. Now, Fugaku has once again proven most powerful in a wide range of areas. RIKEN will continue to advance the capability of Fugaku and utilize its power through the newly established “Office of Fugaku Society 5.0 Initiative” to achieve Japan’s Society 5.0/SDGs and a decarbonized society.

Naoki Shinjo, Corporate Executive Officer, Deputy Head of Future Society & Technology Unit at Fujitsu Limited, stated “We are thrilled that we were able to successfully claim the top spot on the major benchmarks for the fourth consecutive term. We hope that many researchers will continue to leverage Fugaku’s world-leading performance and will contribute to the development of science and technology and the realization of a safe and secure society. Fujitsu has been researching and applying high-performance computing, including the realization of real-time tsunami prediction using Fugaku(*) and will continue to promote this research to contribute to the realization of Society 5.0. We would like to once again express our sincere gratitude to RIKEN and others for their great cooperation and support.”

*Fujitsu, the University of Tokyo, and Tohoku University have jointly developed an AI model, which can be performed on a regular PC in seconds, with the ability to predict tsunami flooding in coastal areas in near real-time with the computational power of Fugaku.