Solace, a leading provider of event streaming and management capabilities through its PubSub+ Platform, announced new tooling within its event lifecycle management product, PubSub+ Event Portal, which will make it easier for developers and architects to discover, catalog, govern, and visualize Apache Kafka event streams, including those from Confluent and Amazon MSK. 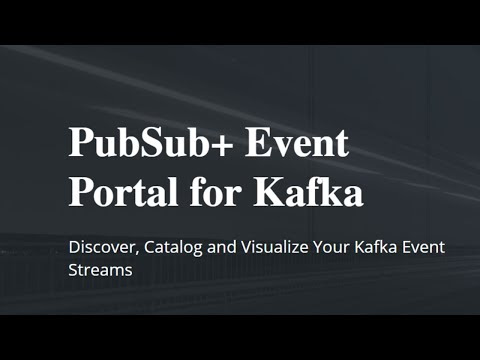 The beta release announced today will enable users to:

The release builds on the success of an early access program launched in the spring, through which prospective customers have been using the product and providing constant feedback.

“We’ve known for some time based on our interactions with customers and analysts that the ability to see and understand Kafka application architecture, and to lifecycle manage and re-use Kafka-sourced event streams, would be incredibly useful to enterprises with Kafka deployments,” said Solace’s Chief Technology Officer Shawn McAllister. “The early access program further validated this for us, and it’s helped us sharpen the toolset. We can’t wait to open this up to the market more broadly.”

The Apache Kafka-focused tooling is part of the broader offering that is PubSub+ Event Portal, which has been generally available since April and provides developers and architects with the tools they need to design, create, discover, catalog, visualize, secure, and manage all of the events and event-driven interactions across their environments. The product has been a boon to many of its early customers, including Storefront.com.

“Through us explaining our current system topology, architecture, and data flow, Solace engineers used PubSub+ Event Portal to create a model and visualization that we had been unable to achieve with standard topology mapping tools or Visio,” said Kris Erickson, Director of Software Development, Storefront.com. “This became a touchstone in helping us determine which systems and data flows we should prioritize for our event-driven architecture.”

“Our research shows that 80% of participants say it’s important to discover relationships between events, yet more than half of organizations lack the ability to track events well,” said David Menninger, SVP and research director at Ventana Research. “An event portal is a way to solve the challenges of managing Apache Kafka event streams.” (See also: Ventana’s webcast titled Gaining Visibility and Control for Apache Kafka Event Streams)

PubSub+ Event Portal is being designed to discover and work with events from a variety of open source and commercial event brokers, with Apache Kafka, Confluent, and Amazon MSK being the first areas of focus.

“Just like many enterprises have multi-cloud architectures, many rely on multiple message brokers and event streaming platforms,” said McAllister. “With these new capabilities for users of Apache Kafka, and our open source components for 3rd party plugins coming soon, PubSub+ Event Portal becomes the single source of truth for all event streams throughout an enterprise. It’s a master toolset to manage all the events and event-driven applications in the enterprise regardless of the underlying event streaming technology.”

New NFT Platform, The Grid, Bridges Physical Collectibles To The…

Welcome To The Revolution Of NFTs And Art Blockchain Fashion