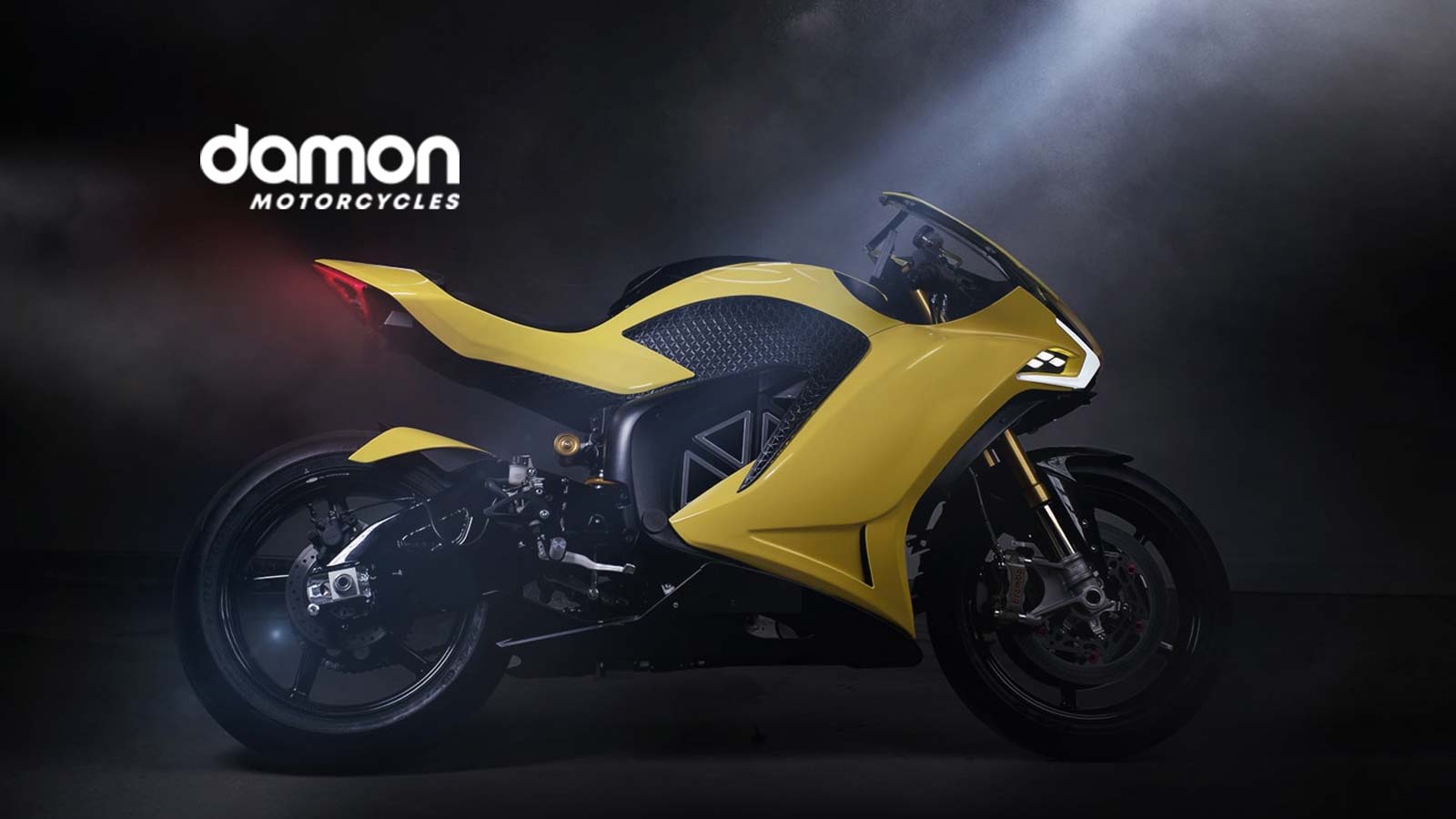 Damon Motorcycles unveils its flagship product, the Hypersport, the world’s smartest, safest, and most powerful electric motorcycle at CES 2020. The Hypersport is an electric superbike outfitted with Damon’s cutting-edge CoPilot™ advanced warning system powered by BlackBerry QNX technology, setting a new standard in motorcycle safety, awareness and connectivity for a new generation of motorcyclists. The critically acclaimed Hypersport is the most anticipated electric motorcycle of 2020 and has already received a CES 2020 “Best in Innovation” award. The official unveiling of the Hypersport takes place at 10a.m. PST in BlackBerry’s booth #7515, North Hall.

“This level of deep learning and connectivity are unprecedented, ensuring each rider a smarter, safer and connected ride; not only for individuals but for entire communities, with the goal to reduce incidents worldwide.”

The Damon Hypersport redefines what an electric motorcycle is and should be. With well over 200hp and 200nm of torque delivered at zero rpm, a top speed of 200mph and a range of more than 200 highway miles per charge, the Damon Hypersport is slated to become the most powerful long-range motorcycle ever. Pricing begins at $24,995 before state and federal EV tax credits.

“We’re on a mission to unleash the full potential of personal mobility for the world’s commuters, while reducing rider incidents on the road,” said Jay Giraud, co-founder and CEO, Damon Motorcycles. “To address this, we spent the last three years developing an AI-powered, fully connected, e-motorcycle platform that incorporates CoPilot, our proprietary 360º warning system. By building it on BlackBerry’s best-in-class technology that is safety certified, Damon motorcycles will be the safest, most advanced electric motorcycles on the market.”

The Damon Hypersport delivers a new level of motorcycle performance, safety and comfort with its CoPilot 360º advanced warning system, which uses cameras, radar and other sensors to alert riders to threats. Featuring an onboard neural net, these same sensors also collect and tag traffic behavior, road conditions and rider intent data. With its embedded 4G, Wi-Fi and Bluetooth connectivity suite, Damon aggregates this data in the cloud to improve overall system performance with over-the-air updates sent back to each Damon motorcycle. Like Tesla, updates are approved by each Hypersport’s owner before going live onboard.

“We prioritized data-driven thinking at the epicenter of the company, employing radical innovations in sensor fusion, robotics and AI,” said Dom Kwong, co-founder and CTO, Damon Motorcycles. “This level of deep learning and connectivity are unprecedented, ensuring each rider a smarter, safer and connected ride; not only for individuals but for entire communities, with the goal to reduce incidents worldwide.”

To coincide with the Hypersport’s unveiling, Damon and BlackBerry are presenting the #FutureOfMotorcycling Interactive Experience, a rideable, leaning stationary motorcycle that uses virtual reality to give attendees a hands-on showcase of the Hypersport’s unique features including: