FIRST Robotics Competition returns for the fourth consecutive year on Friday and Saturday, March 15 to 16 at the South Hall of the Von Braun Center in Huntsville, Alabama. More than 2,000 high school students on 55 teams from 12 states and Brazil will compete against one another in a new robotics game, “DESTINATION: DEEP SPACE.” The FIRST Robotics Competition “Rocket City Regional” is supported by NASA’s Marshall Space Flight Center.

Opening ceremonies for the FIRST Robotics Competition begin at 9:30 a.m. EDT on March 15, with qualification matches starting at 10 a.m. on both March 15 and March 16. The Friday awards ceremony will begin at 6:45 p.m., while the Saturday awards ceremony will begin at 5:30 p.m. This event is free and open to the public, with hands-on educational activities provided by sponsors and exhibitors.

As NASA goes forward to the Moon to stay, then on to Mars, FIRST Robotics Competition teams will face off on a fictional planet to test their technologies. In “DESTINATION: DEEP SPACE,” which finds teams collecting samples on Planet Primus, two competing alliances will combat unpredictable terrain and weather patterns, making remote robot operation essential to their mission on the planet. With only 2 minutes and 30 seconds until liftoff, the alliances must gather as many cargo pods as possible and prepare their spaceships for departure before the next sandstorm arrives.

In January, each FIRST Robotics Competition team received an identical kit of parts and was given a six-week deadline to design, build and test a robot, with the help of adult mentors. Further details on the game’s rules are available on the FIRST website.

News media interested in covering this event should contact the Marshall newsroom at 256-544-0034 no later than 4 p.m. Thursday, March 14. 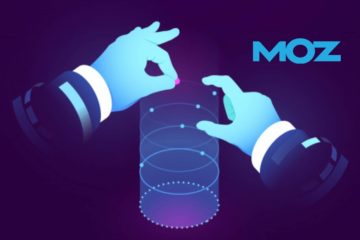 Moz Outpaces SEO Industry Leaders With More, High-Quality Links Than Ever Before