“At Shell, we are firm believers in the power of ideas and the value of collaboration to solve big problems”

The results were revealed at an awards ceremony hosted at the world-renowned Oceanographic Museum of Monaco, part of the Oceanographic Institute, Prince Albert I of Monaco Foundation. The grand prize winner, receiving a total of $4M, was GEBCO-NF Alumni, an international team based in the United States, while KUROSHIO, from Japan, claimed $1M as the runner-up:

The $1M National Oceanic and Atmospheric Administration (NOAA) Bonus Prize for teams to develop technology that could detect a chemical or biological signal underwater and autonomously track it to its source was split between junior high school team Ocean Quest from San Jose, California, claiming $800K as the winner, and Tampa Deep Sea Xplorers, from Florida, taking $200K as runner-up.

“Currently, more than 80 percent of the world’s ocean is unmapped, and I’m proud to have worked alongside the people who will change this as a part of this XPRIZE,” said Executive Director of the Ocean Discovery XPRIZE, Jyotika Virmani, Ph.D. “Our vision is that these new technologies will enable the discovery of new ocean species, underwater resources, geological features, and safer methods of exploring the deep sea, while illuminating the mysteries of the deep and discovering what has remained unknown since the dawn of time.”

Additionally, the judges unanimously recommended a $200K “Moonshot Award” for Team Tao from the United Kingdom for its unique approach to seafloor mapping, even though they did not meet the criteria of the competition.

“The Ocean Discovery XPRIZE teams’ accomplishments are a true reflection of XPRIZE’s core belief that incentivizing the crowd will drive innovation and investment, leading to a massive shift in the state of the market,” said Anousheh Ansari, CEO of XPRIZE. “It is an honor to celebrate the winning teams GEBCO-NF Alumni, KUROSHIO, Ocean Quest, Tampa Deep Sea Xplorers, as well as Team Tao for their unprecedented, radical approach. We look forward to watching these pioneers shape the future of ocean exploration and discovery.”

To determine winners, the panel of independent judges reviewed data from field testing conducted in Kalamata, Greece and Ponce, Puerto Rico. In Kalamata, teams had up to 24 hours to map at least 250 km2 of the ocean seafloor at 5m horizontal resolution or higher. The gold-standard high-resolution baseline maps, against which the team maps were judged, were provided by Ocean Infinity and Fugro, while Esri, the global leader in geographic information system (GIS) software and geodatabase management, donated its award-winning ArcGIS Online platform for the teams and judges to use.

“At Shell, we are firm believers in the power of ideas and the value of collaboration to solve big problems,” said Martin Stauble, Shell’s Vice President Exploration North America and Brazil. “We are proud to be part of the Shell Ocean Discovery XPRIZE. This prize energized teams from across the globe and stimulated innovation, technology and learning, all in support of providing data for a better understanding of our oceans. We hope that the XPRIZE results will be a catalyst to create a step-change in the speed and quality of data that companies, research institutes and society can use.”

As part of the total $7M prize purse, four teams opted to compete for the $1M NOAA Bonus Prize. In a field test in Ponce, Puerto Rico, teams needed to demonstrate that their technology can “sniff out” a specified object in the ocean by first detecting and then tracing a biological or chemical signal to its source. The judges determined that no single team was able to trace the signal to its source in the timeframe allowed, so the prize was divided among the two teams that came the closest.

Last year, nine finalist teams were awarded an equal share of the first $1M of the $7M prize purse, in recognition of their progress-to-date and to support the teams’ continued technological development.

“NOAA is proud to support this important competition that is accelerating the development of new unmanned tools capable of tracking chemical and biological signals in our ocean,” said Neil Jacobs, Ph.D., acting NOAA administrator. “The cutting-edge technologies that have emerged as a result of the NOAA Bonus Prize will help fuel a growing Blue Economy and inspire future innovation.”

As part of its post-prize impact work, XPRIZE announced a partnership with Seabed 2030, a collaborative project between The Nippon Foundation and The General Bathymetric Chart of the Oceans (GEBCO) to inspire the complete mapping of the world’s ocean by 2030 and to compile all bathymetric data into the freely-available GEBCO Ocean Map.

Additionally, and in anticipation of World Oceans Day on June 8th, XPRIZE will launch a science fiction ocean anthology featuring 19 original short stories and artwork set in a future when technology has helped unlock the secrets of the world’s oceans. 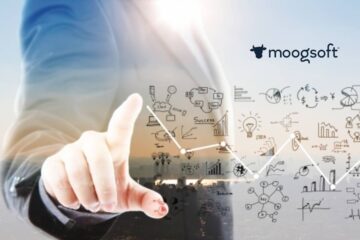