Lingxi AR, the manufacturer of AR optical waveguide module, announced its financing of tens of millions yuan from A+ round led by Sunny V Fund and followed by Zhongguancun Development Group. Lingxi AR won A round led by Sequoia Capital China in 2017.

“Optical display modules are the most critical and scarcest core component in AR glasses,” said Yu Zheng, CEO of Lingxi.

Due to the complex technology and a difficult manufacturing process, there are no more than five suppliers of optical waveguide modules in the world, and manufacturers with mass production capacity are extremely rare. A new high-end optical device is unlikely to develop very well in a year or two. It usually requires years of technology accumulation and a long process of development cycle. Over the years, as the optical waveguide technology is not proven, AR enterprises such as Meta and ODG have given favor to transition optical solutions, and some international manufacturers even delayed the mass production planning of AR glasses.

Due to the maturity of the upstream optical waveguide module, a large number of AR glasses will be put on the market in the next 2-3 years.

According to Effie Li, partner of Sunny V fund, V Fund selects leading R&D startups in the global AR industry and acknowledges that Lingxi has the dual advantages of design and technology in the field of AR core optical module—array optical waveguide, breaks through the bottleneck of mass production and has the first-mover advantage facing the huge market opportunity of AR.

Partnering with Lingxi AR is a strong alliance both for designing and manufacturing. It also helps Sunny Optical to lay out the key nodes of AR industry.

Chunping Wang, founding partner of Zhongguancun Qihang Investment implied that behind the investment, we are optimistic about the development of AR industry, and Lingxi gains the leading position in the field of AR optical display technology. 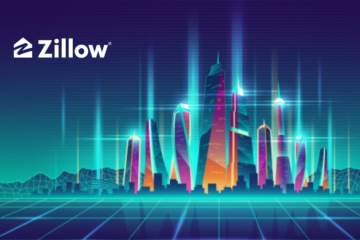