LetinAR Inc. (CEO Kim Jae-hyeok), a developer of optical solutions for Augmented Reality (AR) smart glasses, announced that, at the CES 2020 in Las Vegas, USA, to be held between January 7~10, it will be releasing its “PinMR™ 2020” lens, which brings AR optics to the next level.

“LetinAR’s technology excels to the point that it may earn the Prism Award by SPIE, the leading authority in the field of optics, and it’s encouraging to see how the company proves to the world its ability to overcome technological challenges.”

As a developer of optical systems for AR smart glasses, LetinAR introduced its “PinMR™ (Pin Mirror)” technology at the CES and MWC in 2018 and 2019. LetinAR drew the attention of global companies as it was recognized for having overcome performance limitations of the existing AR optical system, on the back of its unique and practical technology. LetinAR released its “PinMR™ 2020” lens at the CES 2020, which resolves technological barriers and elevates the optical system to the next level.

The strongest feature of the “PinMR™ 2020” lens is that it overcomes the issue of the vertical viewing angle, which has been the greatest challenge to AR optical system technology. The vertical viewing angle which was previously limited to 23° has been widened to close to 40°, thereby enhancing performance by approximately 73%. On top of that, the eye-box, an existing strength, has been further improved, so that it can be easily worn like regular glasses.

At the CES 2020, visitors can experience an ultra-high definition, immersive AR demonstration, which is optimized for PinMR™ 2020 lens. The company plans to exhibit interactive responsive content that provides the first-hand experience of the improved viewing angle and eye-box. Users may also test demonstrations in the form of goggles, giving users the experience of wearing helmets such as Iron Man’s Jarvis, or those worn by F-35 fighter plane pilots. By combining the AI facial recognition function to the “PinMR™” lens technology, the company plans to present a vision for future applications of AR. Also receiving the spotlight is the AI translation solution which utilizes True Wireless Headsets (TWS) and “PinMR™” smart glasses. Two people, each wearing smart glasses and sharing a set of wireless earphones, will speak in their language, and it will be translated into the counterpart’s language in both voice and subtitle formats. It draws attention as a solution to ease language barriers when traveling or on business trips, etc.

Last December, LetinAR’s technological excellence was recognized upon its selection, amid a competition ratio of about 4-to-1, as a finalist, for the Prism Awards, held by the International Society of Optics and Photonics (SPIE), the most prestigious institution in the field. SPIE shared on its website that it selected LetinAR as a finalist in the category of Vision Technology in “appreciation of the company’s contribution to the development of technology in this world”. The final winner will be announced in San Francisco in February at the Photonics West, one of the largest optics events in the US.

Kim Jae-hyeok, CEO at LetinAR says, “It was LetinAR’s strong technological base that enabled us to not only overcome the limitations of the existing AR optical system, but to also overcome the vertical viewing angle issue, which has been regarded as a major technological challenge,” and added that “we plan to demonstrate diverse forms of AR at the CES 2020 to show the changes that can be brought to the lives of humankind.” Yang Sang-hwan, the director of the Naver D2 Startup Factory, explained that “LetinAR’s technology excels to the point that it may earn the Prism Award by SPIE, the leading authority in the field of optics, and it’s encouraging to see how the company proves to the world its ability to overcome technological challenges.” He went on to say that “LetinAR’s PinMR™ technology will spearhead the commercialization of AR smart glasses.”

Since its inception in 2016, LetinAR with PinMR™ technology has been in the global spotlight during the previous CES and MWC. As of late, LetinAR is taking a radical leap towards the next business phase with several global AR companies with newly designed products including PinMR™-embedded development kits for customers to harness the development of any kind of AR devices. 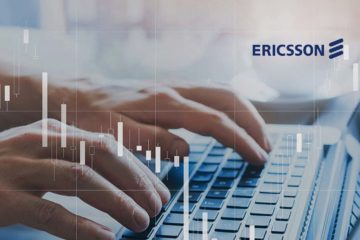