As static 2D maps fade away with the bezels of mobile phones, the future interfaces for navigation and gaming exist in augmented reality. App developers need new frameworks and reality-grade location data to build the next generation of spatially-enabled augmented reality experiences. Mapbox AR is the first comprehensive toolkit combining AR rendering software with global location data that’s ready for today’s production applications and tomorrow’s dream concepts — built on the living location platform used by over 1 million registered developers, including AR vanguards like FitnessAR and Keep.

From projecting navigation routes in context on an automotive heads-up display, to mobile multi-player gaming, interacting with real-world buildings and points of interest, Mapbox AR enables a completely new level of AR applications and gameplay. Reality-grade location data includes a global navigable map that is constantly evolving with usage; 125 million points of interest from sources including Foursquare; and custom 3D building footprints optimized for dynamic interaction, international land use and terrain coverage — all made available at scale through developer-friendly SDKs and APIs, including the Unity Maps SDK.

“AR isn’t just a catchy trend in Silicon Valley — the future of how we experience the world around us is going to change with the applications developers are building in AR today,” said Eric Gundersen, CEO of Mapbox. “We want to provide the best possible tools for joining augmented experiences to the world around us. As the first platform to provide true global reality-grade data, we cannot wait to see what developers build and are excited to help accelerate the transition from static maps to entirely new experiences.”

“It’s no secret that Mapbox is betting big on AR and VR,” said Anshel Sag, associate analyst at Moor Insights & Strategy. “With the release of the Unity Maps SDK last year, Mapbox introduced a toolkit for developers to use real-world location in their games and applications. After raising $164 million from Softbank last year, Mapbox strengthened their AR offering with the acquisition of Mapdata, a Minsk-based AI mapping company and FitnessAR, a popular AR app that visualizes bike rides and runs in AR. Some of the largest game studios in the world are also rumored to be working on location-aware games built leveraging the rich location data from Mapbox and their Unity Maps SDK.”

Use cases powered by Mapbox AR include:

Mapbox’s location platform and SDKs enable companies like Bosch, Snap, Lonely Planet, Under Armour, Tableau, DoorDash, The Weather Channel, and Hotels.com to connect people with each other and the world around them. With over 1 million registered developers, Mapbox has a strong follower base of developers that want to build unique location experiences leveraging their highly customizable open source buildings blocks and flexible licensing of high quality location data. 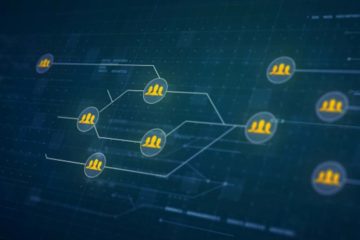