PING! is a virtual reality game where players are inserted into the 3D world of Pong, except instead of joysticks, the players are the paddles. Beam yourself into this classic game to compete against friends and family. Recommended for ages 9 to 99.

Sharing its DNA with the groundbreaking 1972 Atari classic Pong, PING! at Two Bit Circus will bring teams and spectators together to host a winner-takes-all tournament on Tuesday, 13 November 2018, with a chance to play a Two Bit Circus co-founder, Brent Bushnell or Eric Gradman, as a grand prize.

PING! is the newest addition to the 38,000 square-foot rotating entertainment platform and another example of the park’s ability to grow and evolve, giving returning guests a fresh and dynamic experience every time.

For the tournament, 16 players will don HTC Vive Focus VR headsets and compete in a one-on-one sudden death style bracket to find out who is the master of the paddles. Each individual will be their own “team” and will be competing in a single elimination round bracket. The contestants must use their bodies as tools to volley a familiarly oversized and volatile white pixel back and forth at ever quickening speeds. Successful players must be one part goalkeeper and one part pixel-striker to best their opponent.

Want to get in on the inaugural PING! Tournament?

The game PING! is now installed at Two Bit Circus, so come early and get a leg up on your competition! Hone your skills, practice your form and master the game! Come play PING! with your friends, new and old, at Two Bit Circus. Cost of regular play is $7 per person for three rounds. 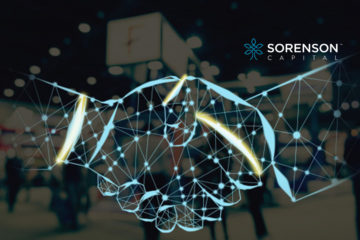 Dell Partners with Meta to Bring Augmented Reality to Industries