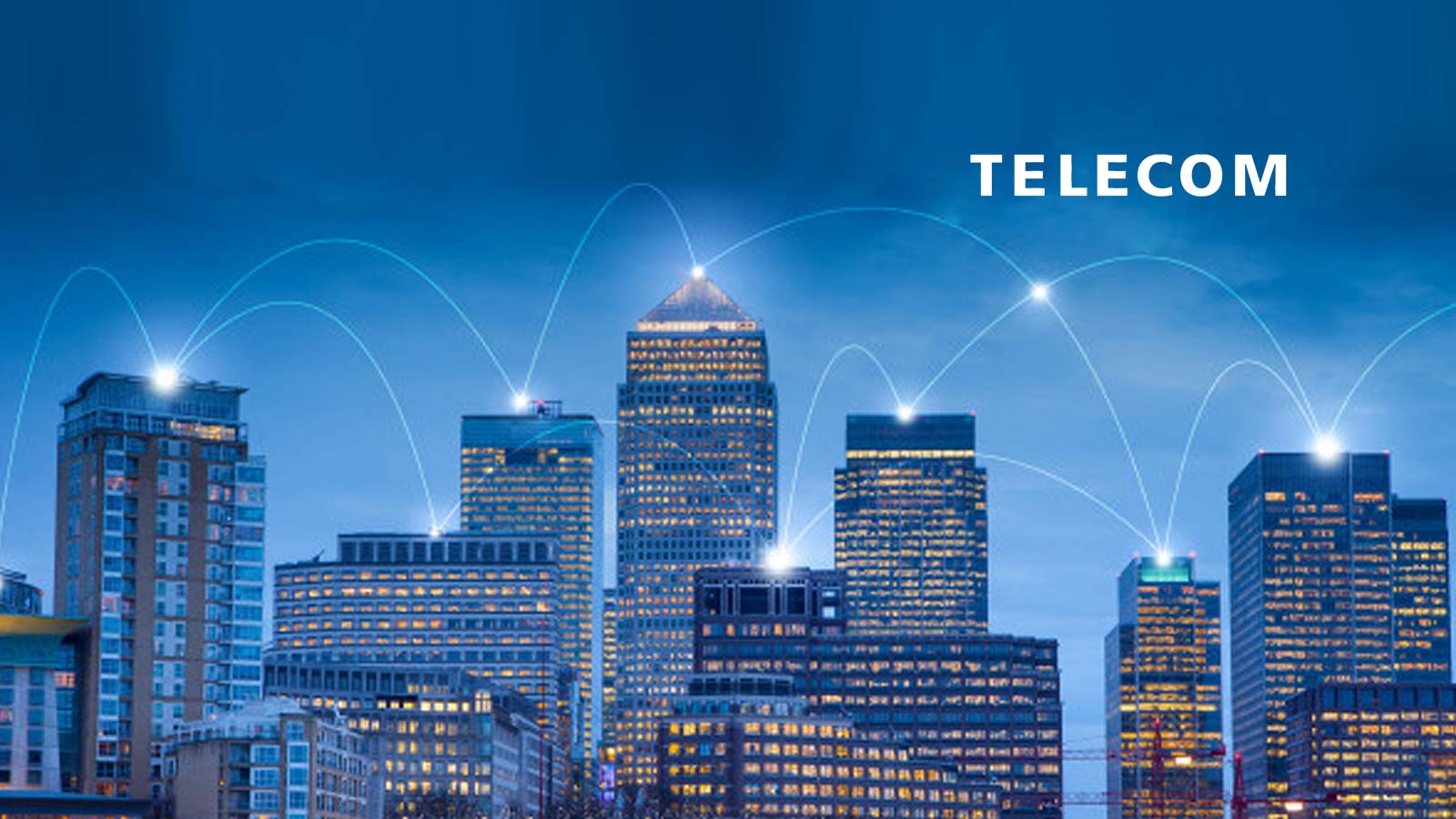 It is worth to note that in 4Q19 Service Revenues have maintained relatively stable in real terms when compared with 4Q18, considering figures in constant currency as of December 31, 2019. Total Revenues contain an adjustment of approximately P$42,843 million and P$121,358 million, for the FY19 and FY18, respectively, related to the restatement in terms of the measuring unit as of December 31, 2019.

As of December 31, 2019, mobile clients amounted to 21.4 million. In FY19, mobile services revenues represented P$82,195 million (-P$6,686 million vs. FY18). The effect generated by the restatement in terms of the measuring unit as of December 31, 2019, included in mobile services revenues amounts to, approximately, P$14,757 million and P$41,971 million, for the FY19 and FY18, respectively. This effect was partially offset by the increase in the prices of mobile plans.  The commercial strategy was focused on achieving higher mobile portability through convergent offers and promoting the consumption of mobile internet services through Personal´s 4G network, the fastest network in the country according to the results of international benchmarks.

In FY19, mobile service revenues in Argentina amounted to P$71,063 million. Mobile internet revenues reached 76% of service revenues of Personal in Argentina (vs. 59% in FY18). The average monthly revenue per user (‘ARPU’ – restated in constant currency as of December 31, 2019) of Personal in Argentina amounted to P$317.1 during FY19. The effect generated by the restatement in terms of the measuring unit as of December 31, 2019, included in the ARPU amounts to, approximately, P$60.7 and P$154.9, for the FY19 and FY18, respectively.

During the quarter, a new offer was presented through Personal and Flow brands: “Flow Pass”.

This value proposal allows Personal´s clients to access their favorite Flow contents from their mobiles, from any location and on-demand, without consuming their data quota. Personal´s clients with a fixed plan and invoice of 5 and 8 GB can access Flow Pass with 10 Gb of data traffic without charge in the first month, and they also may acquire passes for 1, 3 or 30 days (which are also available to be purchased by every client of Personal).

In addition, and through Flow and Personal, the Company sponsored the fifth edition of “Argentina Game Show“, the most important videogame and eSports convention from the country. In the “Personal 5G Zone” space, the visitors had the opportunity to test the 5G speed trial in the first world event of augmented interactive 3D reality in real-time. On the other hand, Flow continues to develop its strategy of becoming an integral entertainment platform through the incorporation of content linked to gaming and music, as well as live entertainment. In this sense, Flow and the Super TC2000 launched an eSports contest, called “Super TC2000 E-Racing Flow Championship”. In this way, the most technologic category from Latin-America took an important step in its incursion into simracing.

As of December 31, 2019, Núcleo’s subscriber base reached more than 2.3 million clients. Prepaid and postpaid customers represented 83% and 17%, respectively.

Cable TV subscribers totaled more than 3.5 million, increasing the number of subscribers when compared with the previous quarter, mainly due to a good reception from the clients of Flow’s offer over FTTH and xDSL networks. Moreover, the monthly Cable TV ARPU (restated in constant currency as of December 31, 2019) reached P$1,165.4 during FY19. The effect generated by the restatement in terms of the measuring unit as of December 31, 2019, included in the ARPU amounts to, approximately, P$205.3 and P$623.6, for the FY19 and FY18, respectively. Additionally, the average monthly churn during FY19 was 1.3%.

With the aim to offer the best entertainment experience at the moment of enjoying contents in an agile and simple way, an integrated content search solution of Netflix was included in Flow’s decoder browser.

Likewise, Flow continues to promote national fiction through new coproductions which were premiered during the last part of 2019, like Atrapa a un Ladrón, which was presented together with Viacom International Studios (VIS), Tu Parte del Trato, which was carried out alongside with TNT, ElTrece and produced by Polka, in addition to Titán and Inconvivencia. All the aforementioned productions are available to watch on demand and in exclusive on Flow.

During FY19, revenues generated by fixed telephony and data reached P$37,562 million in FY19, +5.5% vs. FY18. The increase in fixed telephony services was mainly explained by higher revenues from data services in a context that evidences the growing position of the Company as an integrated ICT provider (Datacenter, VPN, among other services) in the segment of Corporate and Government customers. Regarding the increase in fixed telephony service revenues, monthly fee price increases came into effect for both corporate and residential fixed line customers, and in the bundled offer of packs that include voice and internet services, that aim to achieve higher levels of customer loyalty. The effect generated by the restatement in terms of the measuring unit as of December 31, 2019, included in Fixed telephony and data service revenues amounts to, approximately, P$6,663 million and P$16,513 million, for the FY19 and FY18, respectively.

Meanwhile, Data revenues increase (services mainly offered to Corporate customers, SMEs, Government and to other operators) was mainly driven by FX rate variations that affected those contracts that were adjusted by the $/US$ exchange rate.

In one of its commercial initiatives during 4Q19, Telecom established a strategic alliance with the football club Estudiantes de La Plata to provide state-of-the-art connectivity and communications solutions in its Estadio Uno, the first 100% digital stadium in Argentina. This technology allows supporters to live a unique experience by sharing on their devices the events of each game or event that takes place there, through WiFi and 4G connectivity. It is also available in the stadium’s integrated facilities (shops, restaurants, and its museum).

Additionally, and accompanying its clients in their digital transformation process, FiberCorp-Telecom announced the incorporation of Microsoft Azure to its Cloud solutions portfolio. In this way, the Company strengthens its offer of products and services based on Cloud technology.

Moreover, the average monthly churn rate for the period was 1.5%. It is worth to note that as of FY19 62% of the total customer base had a broadband service of 20Mb or higher, increasing from the participation registered in FY18 (38%), highlighting the fact that Fibertel provides the fastest broadband service with the better coverage in the country.

In turn, equipment revenues amounted to P$14,438 million (-P$5,306 million vs. FY18). This variation was mainly due to a decrease in the quantities sold in a general context of lower consumption of durable goods and difficulties in the access to consumer financing, partially offset by the increase in prices of handset sales.

More from the Company

Telecom presented its proposal for corporate volunteering under the name “Conectamundos” and with the slogan “más cerca llegamos más lejos” (being closer we go further). With the objective of opening spaces of joint creation for its employees, the Company contributes through this program to social transformation and local development in the locations where it operates.

This initiative is characterized by generating solidarity meeting spaces where technology is the engine for social transformation, in line with the spirit of the Company’s sustainability programs. Throughout its development, it will have different intervention modalities, stories such as professional volunteering, teamwork, campaigns, volunteer days, collections and donations.

Telecom Argentina is the parent company of a leading telecommunications group in Argentina, where it offers, either itself or through its controlled subsidiaries local and long-distance fixed-line telephony, cellular, data transmission, and pay TV and Internet services, among other services. Additionally, Telecom Argentina offers mobile, broadband and satellite TV services in Paraguay and pay TV services in Uruguay. The Company commenced operations on November 8, 1990, upon the Argentine government’s transfer of the telecommunications system in the northern region of Argentina.

Skills to Master Before your First Data Science Interview

Primis, Video Discovery Launches Primis Next – the Next Evolution in Video…