5G Adoption Key to Succeeding with AI, IoT and Robotics

5G Adoption will drive success with emerging tech, says GlobalData. It will be a catalyst in driving the adoption of AI, IoT, and Robotics.

Although it’s still early days to truly gauge the immediate impact of 5G technology on businesses, you should all embrace for a shinier future. The role of 5G on the world’s economy would be profound, especially in pushing the adoption rates of emerging technologies — Artificial Intelligence (AI), the Internet of Things (IoT), and Augmented Reality (AR). These emerging techs are conspicuous with their far-reaching benefits and long-term economic potential.

According to a study by Global Data, the intrinsic capacity of the fifth-generation cellular technology (5G) to connect the Internet’s end systems with enhanced data flows and faster response times will unlock the full potential of emerging technologies.

The buzz about 5G adoption has created a whirlwind interest among emerging tech innovators and vendors. When businesses have access to fifth-generation throughput of gigabytes and latency of fewer than 10 milliseconds, we can foresee an accelerated growth in AI, Connected Devices, the Internet of Things, Drones, Robotics, and Augmented Reality.

“In addition to the striking speed, which enables data transmission between two end systems almost instantly, 5G’s ability to connect thousands of such devices at once with lower latency, higher reliability, and lesser battery consumption lays a strong foundation for the effective adoption of emerging technologies.”

According to eMarketer, it’s time to get ready for a holistic evolution of society and business, intersecting with the development of Smart Cities. The future will definitely see a heightened growth for ‘pervasive IoT, wireless factories and autonomous cars.’

Why Future Depends on 5G?

According to a Deloitte study,  5G will facilitate many emerging technologies – such as driverless cars, mobile payments, and remote monitoring and control. It reported around 80% of the businesses are already prepared for the disruptions that emerging technologies could cause in the next three years.

Only 15% of the businesses are doubtful and hasty about the future of emerging technology and their preparedness to tackle disruption caused by 5G’s arrival.

5G can find its major use case in helping IoT applications to overcome the limitations of 4G in industries such as mining, where lower latency and reliability are critical for daily operations and safety.

Swedish miner Boliden collaborated with Ericsson to deploy 5G at its Aitik mine fitted with hundreds of sensors for industrial automation. Boliden expects to uncover a potential business value of over €2.5m (US$2.7m) in net savings annually with the use of 5G networks.

The cellular vehicle-to-everything (C-V2X) communication project by 5G Automotive Association (5GAA) consortium, which has Audi and BMW as members, is looking up to 5G to extend communication range and enable faster data transmission between numerous sensors in the driving environment and centralized servers to coordinate autonomous driving safely and efficiently.

5G can fill the gaps in 4G with virtually instantaneous response times essential for robots to process more data in real-time, absorb new things and better communicate with the real world. While a 5G robot by KT Corp is already active in South Korea for coffee making, the technology is expected to be the key enabler of next-generation robotic applications such as telesurgery.

“Technologies like Artificial Intelligence (AI) can greatly enhance patient care by streamlining NHS processes and minimizing costs, so we are naturally in full support of this move. Training will need to be offered so that staff can adapt to these new systems, but this will pay huge dividends in the long run – as well as help upskill employees. Our much-loved and much-beleaguered NHS is under constant pressure to deliver more with fewer resources – which is where AI, and specifically Robotic Process Automation (RPA), can alleviate these challenges, driving enhanced efficiency and growth.”

According to McKinsey, healthcare has a 36% automation potential – with more than a third of healthcare tasks, including managerial, back-office functions, ripe for automation. In freeing up resources, RPA can help provide greater patient care: the very thing the NHS stands for.

The widespread adoption of VR depends on reliable 5G networks as the immersive technology consumes huge data. The VR head-mounted displays currently require a powerful PC to run and store, which means the experiences are confined to a location and requires high power. The edge cloud capabilities of 5G look to have a solution for all these problems.

“While the commercial adoption of 5G for broader industrial applications is expected to take off in the early 2020s, its mainstream adoption could take longer due to several hurdles–the most crucial being cost. As the technology uses a totally different wavelength and needs much higher bandwidth compared to 4G and 3G, it requires network operators to replace the entire existing infrastructure. However, 5G adoptions will increase gradually and complement the effective implementation of emerging technologies.”

While we shine our mirrors for 5G’s success, it’s important to ready ourselves for the most cited barriers that could crop within 5g ecosystem. The top barriers to adopting technologies powered by 5G’s arrival are:

As 5G-dependent tech catches up, the competition will be fast and the cost of losing out in the race, too expensive to bear. Apart from the US, Canada, and Australia, we can expect the Chinese telecommunication service providers latching on to the opportunity and standardize leadership benchmarks in the 5G economy by 2023.

The future will be brutally competitive, but clean with a fair opportunity to early adopters of emerging tech.

To participate in our editorial program, drop us a line at info@aithority-67ee47.ingress-bonde.easywp.com 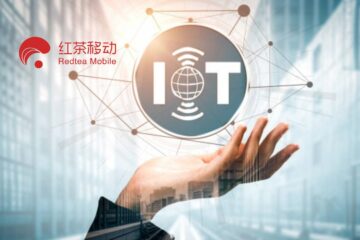