In an official Microsoft blog, the Company annonuced its strategic partnership with AT&T  to deliver innovation with cloud, AI and 5G

In the pairing of the Cloud and IT giants, Microsoft and AT&T announced their multiyear collaboration for customers in the AI, Cloud, and 5G domains. Together, the joint forces will accelerate AT&T’s “public Cloud-first” internal transformation and deliver new customer offerings built on AT&T’s network and Microsoft’s Cloud. Last month, AT&T had announced their partnership with IBM Cloud to modernize “IBM’s networking solutions with their latest technologies including 5G, Edge Compute, and IOT as well as multi-cloud capabilities using Red Hat.“

In Microsoft’s official blog, the company revealed that AT&T Communications and Microsoft Corp. are “embarking on an extensive, multiyear alliance where the two companies will apply technologies, including cloud, AI, and 5G.”

At the time of this announcement, Microsoft CEO, Satya Nadella, said —

“AT&T is at the forefront of defining how advances in technology, including 5G and edge computing, will transform every aspect of work and life. The world’s leading companies run on our cloud, and we are delighted that AT&T chose Microsoft to accelerate its innovation. Together, we will apply the power of Azure and Microsoft 365 to transform the way AT&T’s workforce collaborates and to shape the future of media and communications for people everywhere.”

As part of the agreement, AT&T will provide much of its workforce with robust cloud-based productivity and collaboration tools available with Microsoft 365, and plans to migrate non-network infrastructure applications to the Microsoft Azure Cloud platform.

The global scale of Microsoft’s Azure cloud and AT&T’s domestic 5G capabilities will enable unique solutions for the companies’ mutual customers. The companies will bring to market integrated industry solutions including in the areas of voice, collaboration and conferencing, intelligent edge and networking, IoT, public safety, and cybersecurity.

Their aim is to improve how people live and work today and in the future.

For AT&T, Microsoft will be the preferred Cloud provider for non-network applications. In addition, as part of AT&T’s broader public cloud-first strategy, Microsoft will also support AT&T in its effort to consolidate data center infrastructure and operations.

In recent times, we have witnessed how AT&T is becoming a “public cloud-first” company. The conglomerate is aiming to modernize and digitize with a new Cloud infrastructure by migrating most non-network workloads to the Public Cloud by 2024.

Microsoft will help AT&T to focus on core network capabilities, accelerate innovation for its customers, and empower its workforce while optimizing costs.

5G + Edge: Will Microsoft Dominate the Industry with Solid Partnerships?

It looks most likely to happen. AT&T and Microsoft will together help enable a future of ubiquitous computing through edge technologies and 5G. AT&T was the first to introduce mobile 5G in the United States and expects to have nationwide 5G by the first half of 2020. Microsoft will tap into the innovation AT&T is offering on its 5G network, including to design, test, and build edge-computing capabilities.

With Edge Computing and a lower-latency 5G connection enabled through AT&T’s geographically dispersed network infrastructure, devices can process data closer to where decisions are made. Recently, Microsoft and AT&T worked together to test an edge computing-based tracking and detection system for drones. With more connected devices and the growing demand for streaming content from movies to games, businesses and consumers require ever-increasing network capabilities.

Read More: AR Glasses Have the Potential to Replace the Smartphone Within 10-15 Years from Now.

JVs already in Place for IoT, Blockchain and Additional Services

The companies already have joint enterprise solutions for networking, IoT, and blockchain in the market, and expect to announce additional services later in 2019. The two companies envision scenarios with 5G enabling near-instantaneous communications for a first responder who is using AI-powered live voice translation to quickly communicate with someone in need who speaks a different language.

“AT&T and Microsoft are among the most committed companies to fostering technology that serves people,” said John Donovan, CEO, AT&T Communications. “By working together on common efforts around 5G, the cloud, and AI, we will accelerate the speed of innovation and impact for our customers and our communities.”

In addition to their technology collaboration, AT&T and Microsoft will work together on technology-enabled approaches and solutions aimed at social good. Both companies have been focused on addressing sustainability, accessibility, and community challenges such as homelessness and see an opportunity to support each other’s work to address urgent social needs, including Microsoft’s affordable housing initiative and the AT&T Believes campaign.

Read More: The Impact of Blockchain on WordPress Plugin Development

Supply Chain of the Future Requires a Strategic Balance of Technology and Human Support, New Research from Coyote Logistics Reports 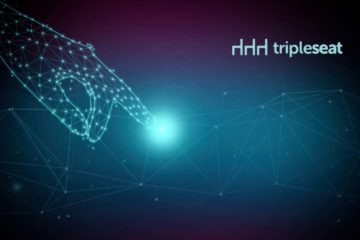