Tesla Megapack: Will it Solve the Ever-Growing Global Power Crisis?

American Automotive and Energy innovation company, Tesla has launched Megapack. Tesla Megapack is a massive battery storage project that is specifically designed to replace traditional energy storage plants. In the last 18 months, Tesla engineers have managed to scale their efforts in the field of energy storage technology. The company had built the world’s largest lithium-ion battery in Hornsdale, South Australia. The plant had used Tesla Powerpack batteries in the Hornsdale project. As US Energy sector moves to a coal-free economy, the crisis is only going to grow bigger and darker. According to the U.S. Energy Information Administration’s (EIA), “between 2010 and the first quarter of 2019, U.S. power companies announced the retirement of more than 546 coal-fired power units, totaling about 102 gigawatts (GW) of generating capacity.” This loss of energy-generation capacity is already putting intense pressure on the existing network of energy supplies from renewable sources.

U.S. exports of liquefied natural gas (LNG) have been growing steadily and reached a new peak of 4.7 billion cubic feet per day (Bcf/d) in May 2019. (source: EIA)

The company acknowledges that the facility had saved nearly $40 million in its first year alone of Operations and helped to stabilize and balance the region’s unreliable grid.

What is Tesla Megapack?

Tesla Megapack is a massive battery storage plant that is projected to transform the global Electric Grid systems. It would enable energy providers to move to sustainable energy forms. Megapack is specifically engineered for Utility-scale projects. Tesla Megapack runs on an in-built automated energy trading platform powered by Machine Learning. All Megapacks are connected to an advanced web of monitoring and controlling units. These units will manage large-scale Utility projects. It also integrates with Microgrids and Autobidder, Tesla’s own Machine Learning platform for over-the-air and server-based software updates.

In the blog, Tesla informed that Megapack greatly reduces the complexity of large-scale battery storage. The pack provides an easy installation and connection process. The biggest advantage of using Megapack is its reduced emissions. Energy companies can deploy an emissions-free 250 MW, 1 GWh Megapack power plant in less than three months on a three-acre footprint. It can also also be connected to DC-solar supply to further boost energy renewable and conservation efforts.

Currently, Tesla Powerpack is the largest lithium-ion battery storage project in the world. It was built to provide enough power for more than 30,000 homes.

Tesla’s initiative to switch to novel energy storage systems connected to Machine Learning platforms is a welcome move. It will be beneficial to energy providers and consumers. Using Megapack running on Machine Learning connectors for demand control, energy grid systems can accurately shift transmissions to blackout areas. In America, where power supply is mostly volatile due to inclement weather and hurricane strikes, Tesla’s Megapack can provide ample storage to keep up with the electricity demand. This technology may find a future in energy-deficient countries. Tesla Megapack could become an amenable solution for the energy crisis. 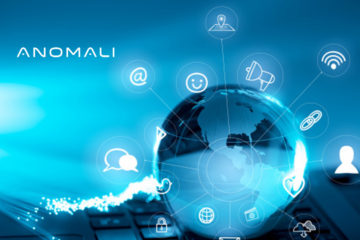 Ubisoft Chooses Anomali to Secure Its Global IT Infrastructure 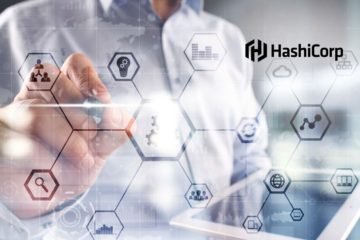