Comcast Launches Eye-Control for the Television

Xfinity x1 Customers with Physical Disabilities Can Now Use Their Eyes to Change the Channel, Set a Recording or Search for a Show

Comcast launched a feature that gives people with physical disabilities like spinal cord injuries or amyotrophic lateral sclerosis (ALS) the ability to navigate their television using only their eyes. Xfinity X1 eye control is a web-based remote for tablets and computers that pairs with an existing eye gaze system and allows viewers to change the channel, set a recording, search for a show and more, all with a glance.

In the U.S., more than 48 million people live with physical or mobility disabilities and every day about 15 people are newly diagnosed with ALS, or Lou Gehrig’s disease, a disease that attacks nerve cells in the brain and spinal cord. These disabilities can often make seemingly everyday tasks more difficult.

“Changing the channel on a TV is something most of us take for granted but until now, it was a near-impossible task for millions of viewers,” said Tom Wlodkowski, Vice President Accessibility at Comcast. “When you make a product more inclusive you create a better experience for everyone and we’re hoping our new X1 feature makes a real difference in the lives of our customers.”

Philadelphia resident Jimmy Curran has Spinal Muscular Atrophy, a condition that affects the part of the nervous system that controls muscle movement, and was among the first customers to get the new X1 eye control technology.

X1 eye control is free and uses a web page remote control that works seamlessly with existing eye gaze hardware and software, Sip-and-Puff switches and other assistive technologies. To make X1 eye control work, Xfinity customers visit xfin.tv/access and use their credentials to pair the web-based remote with their set-top-box. From that point forward, each time the customer gazes at a button, the web-based remote sends the corresponding command to the television.

“We are pleased to see how Comcast continues to make their products and solutions accessible,” said Tara Rudnicki, President North America Tobii Dynavox, a leading provider of touch and eye tracking assistive technology hardware and software. “As an assistive technology company, we want to empower our users to live independent lives. With the X1 eye control now enabled with eye gaze, it will come to great use for many of them.”

With X1 eye control, customers can:

“Comcast knows that TV and media access is a powerful part of life for most people,” said David Dikter, CEO, Assistive Technology Industry Association (ATIA). “That X1 can now be used with eye gaze and an array of other assistive technologies shows a new level of commitment to access and independence for persons with disabilities. A company that understands that users have their own specialized technology and works to bridge these technologies in a way that delivers value, deserves applause.”

Comcast is committed to making its products, services and programming more accessible. Over the past few years, the company launched the industry’s first talking TV guide, introduced a voice remote control and produced the first live entertainment program in U.S. history to be accessible to people with a visual disability. For the 2016 Rio Olympics, NBC included video description with every primetime show throughout the Games and then for the first time ever, extended that feature to the 2018 PyeongChang Paralympics broadcasts on NBC and NBCSN. Comcast also has a service center specifically dedicated to customers with disabilities where agents are specially trained in the company’s accessibility features and general support issues.

Automated SAP Business One and Zoho Integration from Alluvia 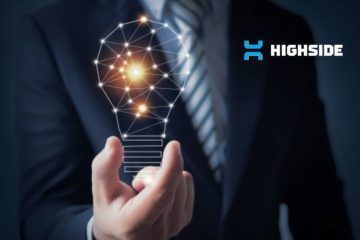