Who Do You Think You Are: Jewelry Edition

Experts reveal the multicultural heritage of your gold jewelry

In the lead up to 14th February, internet searches for ‘gold jewelry’ increases by 95% (Google Trends Data). But how much do you really know about the gold you’re gifting to loved ones (or yourself) this Valentines Day? CRU Group, experts and leaders in the global metals industry, have tracked down the countries who produce the largest amount of gold each year finding that Asia was the largest producer, with China alone producing 370 tonnes of gold in 2020. 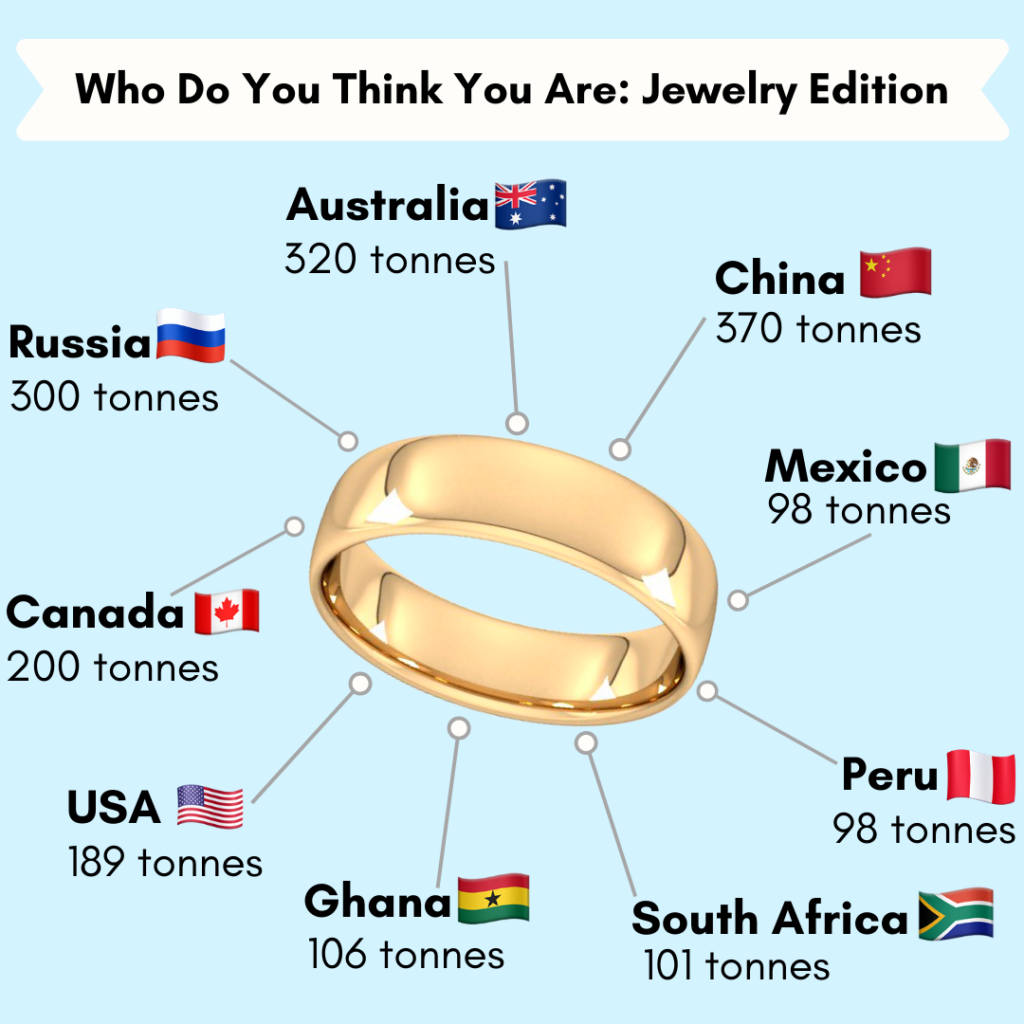 Precious metal analysts within CRU Group revealed that your gold jewelry can actually be traced back to several countries and they have named those that produced the most of the precious metal commodity last year.

Also Read: The Covid-Secure Conference Room: How to Update your Office for Efficient Virtual Meetings

The top countries where your jewelry could be traced back to are:

Interestingly, the experts at CRU estimate that this is set to change in the coming years; while China will still be producing the most amount of gold in 2025 (400 tonnes), the likes of Australia and Mexico will be producing less of the commodity five years down the line (214 and 91 tonnes respectively).

The demand for gold around the world is varied; out of the 2,920 tonnes of gold that was produced in 2020, 46% of this (1,343 tonnes) was fabricated purely for the creation of jewelry, with China demanding the most with 470 tonnes, while Western Europe had the lowest demand at just 40 tonnes.

“CRU analysts anticipate the current expansion cycle in global gold mining to end soon, not only because of the natural thinning of the project pipeline, but due to the appearance of exogenous drivers such as tighter environmental regulations in major producing countries which will also have a negative impact on growth prospects for gold globally.”

“However, the world is unlikely to run out of gold any time soon; not only because most of the metal used is subsequently recovered, but also because of the massive above-ground stocks that have been accumulated since the dawn of civilisation. In other words, there is a piece of gold for everyone. The only question is the price one is willing to pay,” said Kirill Kirilenko, Senior Analyst at CRU Group.