The World’s Fastest and Most Advanced GPU Database Company, Brytlyt, Tackles the TPC-H Benchmark Record and Sets the Bar for GPU Database Vendors

The most recent version of Brytlyt’s GPU database, Brytlyt 3.1 Alpha, has succeeded in running the industry-recognised TPC-H benchmark, and in doing so looks capable of beating the previous record set in 2014. For many of the queries that make up the benchmark Brytlyt is achieving results that are at least four times faster than the record. These results are very interesting to companies looking at using GPU solutions for ultra-fast data analytics with complex queries.

Brytlyt worked closely with NVIDIA, using just one of their DGX-2 machines to run the queries. The results were announced last month at NVIDIA’s annual GTC technology conference in Silicon Valley.

Brytlyt chose to use the DGX-2 to run the TPC-H queries because this hardware is a step-change in the amount of GPU compute contained in a single server. The DGX-2 is made up of 16 NVIDIA v100 GPUs, each with 32GB of VRAM. This provides a total of 512 GB of VRAM and 2 petaflops of compute. The GPUs are hooked up to NVIDIA’s NVSwitch which provides 2.4 TB/s of data transfer between GPUs. This is important because many of the TPC-H queries contain joins that need a data shuffle to happen before the query can be processed. When the benchmark record was last set in 2014 it was considerably faster than anything else at the time.  The hardware used back in 2014 required a cluster of twenty servers to be coupled together. Five years down the line and Brytlyt can now run the same benchmark using just one machine, the DGX-2.

Demonstrating this ability to set new query times for the TPC-H benchmark is a measure of Brytlyt’s maturity in the GPU database space. The TPC-H benchmark examines large volumes of data by executing queries with a high degree of complexity, giving answers on real-world business decisions. Twenty-two queries are run both as single user and concurrently, based on a typical retail use-case making it meaningful to real-life business demands.  All but two of the queries contain joins, and all of them include aggregations, complex expressions, with nested queries and correlated queries.

Brytlyt’s TPC-H benchmark is directly applicable to some of the largest retailers in the UK and the US, who regularly run analytics on two years of Electronic Point of Sale (EPOS) data. While the total dataset is massive, most analysis is ran using a 10% sample of about 400GB and 4 billion rows. Using NVIDIA’s DGX-2 hardware, this typical retail use case can for the first time fit onto just one machine. A query that might have taken up to an hour can now be executed in mere seconds. For the first time, in just couple of seconds, users can gain a full suite of insight in category management, repeat purchases, behavioural analytics, information on where sales are coming from and going to and weekly key measures over time.

Richard Heyns, CEO and founder of Brytlyt had the following comments: “We are very excited with how well Brytlyt’s GPU database performed on NVIDIA’s hardware. For quite a while now, I’ve had my eye on the TPC-H benchmark. Our success here proves the immense value of our product across industries including telecommunications, retail and finance. Having software that we have built, breaking records using NVIDIA’s machines, is very satisfying. We are incredibly lucky to have some of the world’s finest engineers on the Brytlyt team.”

There are no results of the full TPC-H benchmark by other GPU vendors in public domain.

Brytlyt is based in the UK and has spent the last five years developing and enhancing their software. The suite of products includes the analytics workbench, SpotLyt. Data scientists and analysts can use SpotLyt to get the most out of the Brytlyt GPU database with real-time analysis and interactive exploration. SpotLyt allows users to visually discover correlations and anomalies in billion row datasets. Richard Heyns commented: ‘We developed SpotLyt after realising that popular visualisation packages on the market are designed for traditional databases and not the processing speeds that Brytlyt delivers.’ 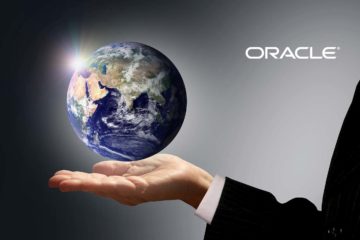 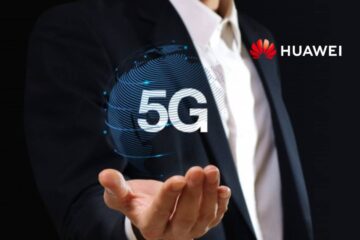