Carbon Black (NASDAQ: CBLK), a leader in next-generation endpoint security delivered via the cloud, announced that Brad Rinklin, a seasoned  industry leader with more than 20 years of experience in B2B technology and cybersecurity marketing, has been appointed Chief Marketing Officer (CMO).

Rinklin is based at the company’s headquarters in Waltham, Mass. and leads all marketing activity, reporting to Thomas Hansen, Carbon Black’s Chief Operating Officer (COO).

Rinklin joins Carbon Black after spending more than two years as CMO at Eze Software, an investment software company, where he drove brand strategy, messaging, thought leadership, corporate communications, demand generation and events. Prior to Eze Software, Rinklin held multiple leadership roles (including CMO and SVP of Global Alliances) at Akamai Technologies (NASDAQ: AKAM), one of the world’s largest distributed computing platforms responsible for serving between 15% and 30% of all web traffic.

“Brad’s wealth of experience in B2B marketing is a major asset for Carbon Black,” said Hansen. “When you look at what makes a great CMO, there should be a natural cohesion of technical understanding, deep awareness of the market’s needs and the ability to deliver a compelling and impactful message. Brad brings all of these abilities to the table, and more, as well as keen understanding of cybersecurity challenges from his time at Akamai. We’re excited to see the positive impact he’ll have for Carbon Black.”

“Throughout my career, technology and security have always been at the core and Carbon Black has consistently set an impressive standard for tech innovation in the cybersecurity space,” Rinklin said. “When you combine that with the amazing, passionate people working at this company, I couldn’t be more excited to join the team and serve as a strong ally to our employees, customers, prospects, integration network members and channel partners.”

Rinklin has a bachelor’s degree in marketing and economics from Baylor University and postgraduate education from Harvard Business School and MIT Sloan School of Management. Starting in 2002, he represented the United States as a member of “The Revolution,” the country’s Australian Rules football national team. As a former player in the United States Australia Football League (USAFL), he was named to several “team of the decade” lists. He lives in Andover, Mass. with his wife and four children.

Read More: Innovate for Success: Use AI to Monetize your Data 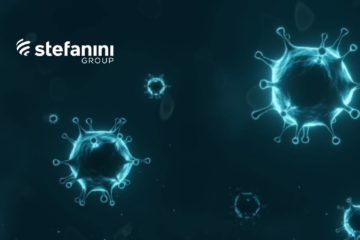