NVIDIA is at the center of the clean tech revolution in supercomputer systems designing and deployment. According to the latest Green500 list, NVIDIA-powered technologies is used with ASUS, Atos, Dell Technologies, GIGABYTE, Hewlett Packard Enterprise, Lenovo, QCT and Supermicro. Currently, NVIDIA technologies power 23 of the top 30 systems on the latest Green500 list. Supercomputers use tremendous amount of energy to meet the ongoing demands from various industries. These technologies tackle prickly problems associated with a wide range of engineering fields such as computational astrophysics, biology, mathematics, neuroscience and quantum physics and so on. In order to find suitable solutions to meet global requirements for cleaner energy resources, NVIDIA Hopper H100 GPUs are fitted into efficient supercomputers with an air-cooled ThinkSystem built by Lenovo.

What are Supercomputer Systems?

Supercomputer Systems are advanced computing platforms used to run multi-order simulation under Machine Learning supervision. These run at a quantum scale which magnify the speed of computational analyses to tackle problems in computational astrophysics, biology, mathematics, neuroscience and quantum physics. NVIDIA is a leading developer of technologies that drive such supercomputer systems.

For example, the NVIDIA H100 Tensor Core GPU. It is based on the NVIDIA Hopper GPU architecture. It has up to 6x more AI performance and up to 3x more HPC performance compared to the prior-generation A100 GPU. NVIDIA H100 Tensor Core GPU is designed to perform with incredible efficiency, leveraging multi-Instance GPU technology that can partition the GPU into smaller compute units.

“The amount of power savings for supercomputer systems increases as server load increases and can easily save $5 million in electricity costs for a large data center with 10,000 servers over the three-year lifespan of the servers, plus additional savings in cooling, power delivery, rack space and server capital costs.”

Data centers consume a lot of energy to retain their reputation of being the “brains” of the internet world. It is impossible to fathom the future of internet without solving the energy problems linked with data centers. But, to solve these problems, we are required to first identify and acknowledge them. Therefore, we referred to an independent research that explained where data centers consume the highest amount of energies.

Data centers use energy for: 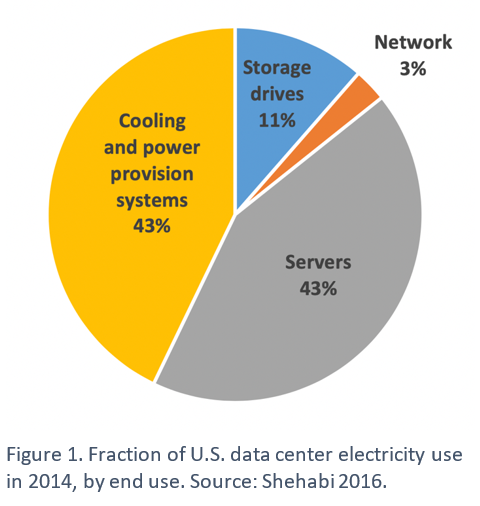 Between 2010 and 2018, a bulk of energy consumption has been attributed to Cloud computing and the hyperscale infrastructure management and maintenance. This aligns with NVIDIA’s vision to build a next-gen data center for supercomputer systems that can sustain current and future demands. 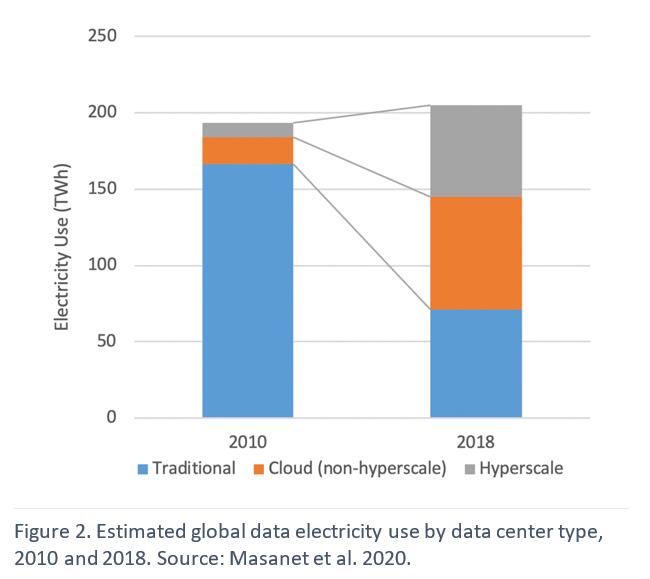 Based on NVIDIA’s BlueField-3 DPU, the NVIDIA Quantum-2 InfiniBand platform delivers the extreme performance, broad accessibility and strong security needed by cloud computing providers and supercomputing centers. All these supercomputer systems can lower the current server power consumption up to 30%.

In the coming weeks, more organizations could take NVIDIA’s parth toward building a sustainable data center roadmap. Doing this would help in transforming the approach for generating data analytics using AI and machine learning in a more environmental-friendly way.

Darth Vader, Cyber Cartography and the Future of Creativity—Powered by AI.