Kodiak Robotics, a startup developing self-driving technology to revolutionize long-haul trucking, announced that Jamie Hoffacker has joined the company as head of its hardware division. Hoffacker will lead a growing team responsible for developing the cutting-edge capabilities necessary for Kodiak to safely deploy self-driving trucks at scale. Kodiak already has self-driving long-haul trucks, with a safety driver, delivering freight for customers between Dallas and Houston on a routine basis.

Read More: AI Use Expected to Increase in Risk and Compliance Efforts, But Few Have Ethics Frameworks in Place

“Jamie brings an unrivaled wealth of experience in taking self-driving technology from merely the conceptual stage to the real world. He will play a critical role in bringing further innovation to Kodiak’s growing fleet of self-driving long-haul trucks” said Don Burnette, co-founder and CEO of Kodiak Robotics.

Hoffacker was most recently the Director of Sense and Electronics at Lyft’s Level 5 Self-Driving Division. Prior to Level 5, where he was one of the founding engineers, Hoffacker spent five years at Google’s Maps division where he designed next generation camera systems and electronics for the company’s mapping applications, including Street View.

“I am excited to join Kodiak because of the company’s focus on long-haul trucking, which not only represents the fastest but more importantly the safest way to deploy self-driving technology at scale. I look forward to building a world-class hardware team dedicated to taking a safety-first approach to autonomous long-haul trucking,” said Hoffacker.

Hoffacker’s hiring comes during a period of accelerated growth for Kodiak Robotics as the firm has quadrupled the number of its employees over the past year and opened an office in Dallas along with recently expanding the size of its headquarters in Silicon Valley.

Kodiak Robotics is a leader in the emerging industry of driverless technology for long-haul trucking. The company is backed by investors including Battery Ventures, CRV, Lightspeed Ventures and Tusk Ventures, and is based in Mountain View, California

Pharma Industry Is Prioritizing Big Data, Blockchain, Cloud Computing and Cybersecurity for Investments, According to Survey by GlobalData

The Global Leaders in Cryptocurrency Mining, Bit5ive, Introduce the POD5 and Power Skid 2.5 to the Bitcoin Marketplace 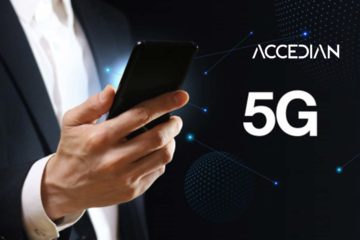 Accedian Takes EMEA Leadership to the Next Level, Solidifying Presence in the Region as 5G and Edge Opportunities Explode 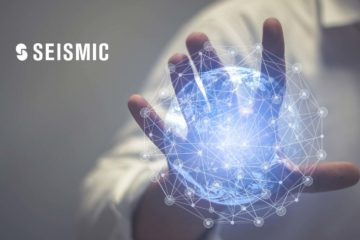