ZenHub, the most popular project management tool among teams using GitHub, announced ZenHub Roadmaps, a comprehensive road mapping solution that drives alignment on critical business initiatives between software development teams and business stakeholders. The new product fully resides within GitHub and is the first to provide real-time visibility into key projects based on code updates. With it, users can visually assess the progress of software development work being done and track it against completion goals while engaging in decisions to ensure meeting delivery schedules.

ZenHub Roadmaps is the first roadmapping solution to use live GitHub Issue data and Pull Request activity for lockstep monitoring and decision-making. Rather than a separate tool or shared spreadsheet used as a project planning document, ZenHub Roadmaps is an integral part of the ZenHub collaboration platform adding a new view specifically for establishing and managing roadmaps. It is the most substantial from-the-ground-up advancement to the ZenHub project management platform for agile development ever released.

“Software is becoming more and more critical to the success and longevity of every company. We’re seeing even the most traditional organizations placing bets on software as the future of their business,” said Aaron Upright, ZenHub executive and co-founder. “At the same time there has been a considerable gap between the engineering team’s progress and key stakeholder’s understanding of that progress. ZenHub Roadmaps brings the two worlds together in an easy, intuitive way based on the real work of software development.”

“A staggering 70% of “complex, large-scale change programs don’t reach their stated goals,” according to McKinsey & Company. A ZenHub survey of developers found that 60% of respondents admitted that roadmapping for software projects was substantially broken. Often roadmaps are plagued by inaccuracies due to complexity or who has access. Inaccuracies have a cascading effect, so that even small mistakes may cause significant delays or problems. Software projects commonly slip in schedule or get off track in their deliverables through communication gaps, lack of accurate tracking based on real development work and even a lack of trust between developers and management. While the business relies on new software to empower or enact particular initiatives and achieve plans, many of these projects fail to meet the necessary delivery schedules and value to the user.

Even more important than the ability to track progress is the new capability ZenHub Roadmaps brings to keep projects on track and immediately address issues—such as the need for additional team resources—or make decisions—such as reducing scope or features—to meet important business milestones. ZenHub Roadmaps enables on-time delivery for critical projects. It also saves developers considerable time by providing a natural extension of the ZenHub platform without requiring the pivoting between multiple disparate tools and without leaving the GitHub development environment. Developers also see the impact and importance of their work by having a “big picture” view of a project and its importance. ZenHub Roadmaps provides developers with a critical layer of context around how what they’re building contributes to the business’s goals and objectives. As a result, developers are more engaged and aligned with the goals of the business rather than feeling siloed in their work.

ZenHub Roadmaps provides an adjustable, meaningful view of software development projects starting with a comprehensive overview down to clickable components for specific deliverables. Individual teams can track their progress on a weekly or monthly basis, clicking into epics in order to get a more granular view of Issues and Pull Request blocking progress. At the same time, executives and other stakeholders can get a quarterly view of important projects and initiatives so to form a clear picture of how the team is progressing and whether adjustments need to be made or additional resources need to be deployed. Changing project parameters or adjusting timelines automatically updates completion dates with visual and quantifiable indicators of progress. 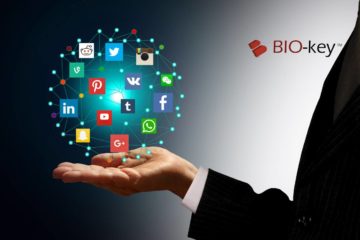 BIO-key Secures $45 Million Contract to Build Secure E-commerce Infrastructure Across Nigeria and to Support the Creation of Employment for 1 Million, in Partnership with Nigeria’s Federal Ministry of Labour, Through its NELEX 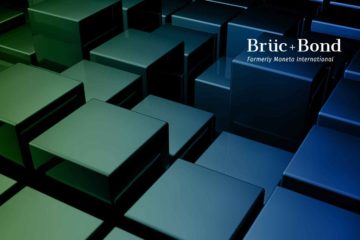