EdgeX Foundry, an open-source, vendor-neutral project that enables an ecosystem of plug-and-play components to unify the IoT edge computing marketplace, today announced the availability of EdgeX-enabled developer kits and a Smart Building Automation Community Demonstrator that will debut at IoT Solutions World Congress on October 16-18 in Barcelona.

Hosted by The Linux Foundation, the EdgeX platform is architected to run on any hardware or operating system and unify components coded in any programming language to accelerate time to market and simplify the deployment of secure IoT solutions. The framework serves as a de facto standard to bring together any mix of existing connectivity protocols with an ecosystem of heterogeneous value-add applications.

Developer kits are important tools for building new applications and solutions. A variety of dev kits are already on the market; however, the majority of these kits lock the developer into a particular back-end platform or cloud. In comparison, dev kits based on the EdgeX framework will provide developers with the freedom to choose from an ecosystem of components bound together by the EdgeX interoperability APIs.

“With the emergence of these dev kits, developers will have the opportunity to prototype with their choice of ingredients while taking advantage of plug-in components from EdgeX’s growing vendor-neutral ecosystem,” said Jason Shepherd, EdgeX Foundry Governing Board Chair and Dell Technologies IoT and Edge Computing CTO. “This allows them to focus on innovation rather than reinvention, in addition to being able to add and exchange components at any time to optimize their solution throughout the development and deployment lifecycle.”

There will be two different kinds of dev kits – community and commercial. For options in the community track, the bill of materials will be purchased independently online, the code will be downloaded straight from a special repository on the project GitHub, and questions will be answered through forums like the EdgeX Rocket Chat. The first kit is based on the Samsung Artik with Grove sensor, and options will grow through community contributions over time. More information on the community dev kits can be found on the EdgeX website here.

The commercial track for the dev kits will provide EdgeX members with the ability to seed the emergence of an open marketplace for IoT edge computing. These kits will offer end users with attractive options to get started with professional support so they can focus on their preferred value-add rather than supporting open source code. Commercial options will include kits based on supported versions of the EdgeX framework itself (neutral to any plug-in value add), kits based on specific IoT platforms, and microservice plug-ins for value-add such as analytics, data orchestration and security.

EdgeX Foundry is debuting a new community demo at IoT Solutions World Congress that will highlight the platform’s ability to bring together heterogeneous solution components. This first community demo showcases how EdgeX can bring together a real-world, smart flexible office space environment based on components from a variety of vendors leveraging numerous connectivity standards, operating systems and hardware types. You can see the live demo at the EdgeX Foundry booth, located at Gran Via Hall 2, Street C, Stand 361. Other members with demos in the booth include Basking Automation, CloudPlugs, Enigmedia, IOTech, Redis Labs, RSA, VMware and ZEDEDA.

This is the first of a series of planned community demos, which will be used to showcase the full capabilities of the EdgeX IoT platform across several use cases and vertical markets in addition to seeding efforts for plug-fests and test beds.

The growth and diversity of the EdgeX ecosystem over the last year has helped the technical community hit major milestones including the “California” release, which made the switch to Golang for the baseline reference implementation. Since the release in April, EdgeX Foundry unique code contributions from members and non-members alike have more than doubled to 70 on a regular basis.

These contributors have played a major role in the upcoming “Delhi” release, which offers major enhancements including the first management features, more security functionality such as access control and improved security bootstrapping, C and Golang-based Device Service SDKs and a reference GUI for demos and simple deployments. Projected to launch in November, the Delhi code will be well-suited for end users to begin developing commercial offers and production deployments. To find more details about Delhi or the EdgeX roadmap, visit the wiki here.

Launched in 2017, EdgeX Foundry has created an open community that values contributions and participation from member companies that hail from 18 countries across the globe. In fact, EdgeX has gained the attention of organizations from all facets of the IoT landscape – from startups to technology giants – including Intel, which is one of the nine newest members.

“Today’s announcement represents one more step in Intel’s open source journey and increased role in the advocacy, use and contribution across the ecosystem,” said Stacey Shulman, chief innovation officer for Retail Solutions at Intel. “Intel’s involvement in EdgeX Foundry will help drive scale and accessibility of solutions for both our customers and businesses of all sizes.”

“We’re standing at a critical point for digital transformation,” said Shepherd. “The massive volume of devices coming online represents a huge opportunity for innovation and is making edge computing a necessity. We need an open, cloud-native edge ecosystem enabled by EdgeX to minimize reinvention and facilitate building and deploying distributed, interoperable applications from the edge to the cloud. We’re thrilled to welcome these new member organizations into our already strong community that shares the same commitment to open collaboration and innovation.” 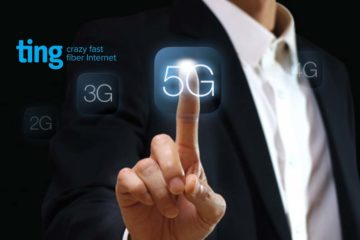 Meet 20 of the most powerful women in the tech world