Visible Assets, Inc. Adds Richard A. Clarke to Board of Directors

Visible Assets, Inc., Provider of RuBee (IEEE 1902.1) Wireless Asset Visibility and Secure Sensor Networks, Expands Its Board of Directors With the Addition of Richard A. Clarke, Security Czar to Four U.S. Presidents.

Visible Assets, Inc. develops, manufactures and markets RuBee, wireless defense/industrial Internet of Things (IoT) products, including high-security asset visibility and sensor networks. Visible announced the appointment of Richard A. Clarke to its Board of Directors. 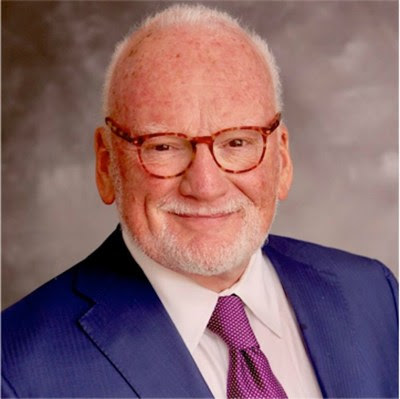 Richard A. Clarke served in the White House for an unprecedented ten years, including as the first national Counter-Terrorism czar (National Coordinator for Security and Counter-terrorism), serving under President George H.W. Bush, President Bill Clinton, and President George W. Bush. On 9/11, Clarke was the national crisis manager. During the Bush (43) administration as the nation’s “Cyber-Czar,” Clarke developed the country’s first National Strategy to Defend Cyberspace.  Previously, Clarke was confirmed by the US Senate as Assistant Secretary of State for Political Military Affairs in the Bush (41) administration and served as Deputy Assistant Secretary of State for Intelligence under President Ronald Reagan.

After leaving the government following a thirty-year public service career, President Obama, asked Clarke to serve on the five-person President’s Review Group on Intelligence and Technology. Also, after his government career, Clarke taught national security management at Harvard’s Kennedy School of Government for five years and was an ABC News-on-Air Commentator for fifteen years. He has also authored nine books. His first book, Against All Enemies: Inside America’s War on Terror (2004) was a New York Times #1 bestseller.  His latest work is The Fifth Domain: Protecting our Country, Our Companies, and Ourselves in the Age of Cyber Threats. Clarke has been honored with membership in the National Cyber Security Hall of Fame and given the Lifetime Achievement Award for Cybersecurity by the annual RSA Conference. Dick Clarke is CEO of Good Harbor LLC, a boutique cybersecurity/risk management consultancy and Chairman of the Board of Governors of the Middle East Institute.

Dynatrace Receives Highest Scores Across 4 of 5 Use Cases in…

Unbounce Study Finds In a Year of Negative News, Negativity…

“As a national security advisor to four presidents, and as Chairman and CEO of Good Harbor Consulting, Clarke has championed and managed many country-wide cybersecurity programs, both in the U.S. and globally. His proven leadership, experience in government and business sectors, and broad knowledge of the new security challenges faced by all governments today and will enhance the high-quality board we already have in place,” said John Stevens, Chairman and Chief Executive Officer of Visible. “This addition ensures we will continue to be driven by a diverse Board of Directors with a wide range of experiences and opinions. We are truly honored that someone of Dick’s stature and experience has agreed to join the Visible board,” said Stevens.

RuBee is similar to RFID but is based on magnetic fields not Radio Frequency (RF) fields. Consequently, RuBee works on and inside steel and underwater, it has no eavesdropping target or tempest security risks.  RuBee has no Electromagnetic Radiation Hazards for Flammables (HERF) risks and is safe on and near explosives. RuBee is the only wireless technology that has a zero safe separation distance (SSD) on Hazards of Electromagnetic Radiation to Ordnance (HERO) unsafe fused ordinance.

“Visible’s RuBee wireless technology opens many new doors and opportunities for enhanced security of mission-critical assets throughout the world,” said Richard Clarke. “Current and pending RuBee installations around the globe have the potential to enhance security and mitigate the loss of high-value weapons and other critical military assets. I am excited to be part of the Visible Assets Board and look forward to working with the company to help enhance the security of existing products and to advise and optimize RuBee-based cyber-secure deployments globally.”

Innovative Colombian Startup, Feelenials, Is Developing a Global Emotional Analytics AI Platform to Improve the Quality of Work and Life

Unbounce Study Finds In a Year of Negative News, Negativity Didn’t Convert For…

Diginex: Industry Heavyweights Join Forces To Debate The Future Of…

Apr 13, 2021
Prev Next 1 of 417
Follow Us
We store cookies on your computer to improve your experience and provide more personalized services, both on this website and on other sites. For more information about the cookies we use, see our Privacy Policy. We won't track your information when you visit our site. We will have to use at least one cookie to ensure that you won't have to make this choice again.AcceptDeclinePrivacy Policy