BrainBox AI announced the launch of its unique technology combining deep learning, cloud-based computing and algorithms to support a 24/7 self-operating building. BrainBox AI is the first artificial intelligence (AI) technology designed specifically for Heating, Ventilation and Air Conditioning systems (HVAC) in commercial buildings. Its vision is to redefine building automation and to be at the forefront of the green building revolution. BrainBox AI’s solution leverages AI to predict a building’s thermal load and enables the HVAC system to operate autonomously, in real-time, leading to significant energy and cost savings, a reduction in its carbon footprint and increased occupant comfort, all in less than 3 months.

“AI-powered autonomous buildings are the next disruptive innovation that will enable significant energy savings in the real estate space,” said CEO and Co-Founder, Sean Neely. “BrainBox AI adds an extra layer of intelligence to the existing HVAC control system and enables buildings to move from being reactive to pre-emptive in the way these HVAC systems are managed. We are very excited to be developing our AI technology in collaboration with many partners including the US Department of Energy’s National Renewable Energy Laboratory, IVADO, and Montreal-based universities such as École de technologie supérieure.”

In its pre-commercialization installations, BrainBox AI has demonstrated that it enables a 25-35% reduction a building’s total energy costs in less than 3 months, and requires low to no up-front CapEx from property owners. It also improves occupant comfort by 60% and decreases the carbon footprint of a building by 20-40%. BrainBox AI’s system simultaneously delivers predictive HVAC maintenance capabilities including an easy-to-understand diagnostics dashboard that informs building managers ahead of time if a service issue is imminent, saving time and money.

HVAC systems account for 51%1 of the total energy usage in commercial buildings. BrainBox AI sets out to address the challenges inherent to existing commercial buildings. These challenges include inefficient designs from an energy and comfort perspective which lead to buildings being a major contributor to climate change. BrainBox AI seamlessly integrates into a building’s existing HVAC system in less than half a day. Its advanced technology enables it to make exceptionally accurate predictions, empowering the deployment of algorithms to drive a building’s HVAC system. The result is a 24/7, self-operating building that requires no human intervention, functions at optimal efficiency, and ensures maximum comfort.

“Our technology uses AI to study a building’s behavior, sending more efficient operating instructions to the HVAC system and modulating the building in real-time to resolve issues related to energy consumption, efficiency and occupant comfort. BrainBox AI brings significant innovation to the built environment, meaningfully reducing the energy impact of buildings on our environment,” said CTO and Co-Founder Jean-Simon Venne.

Microsoft Will Integrate an Entire Linux Kernel in Windows 10 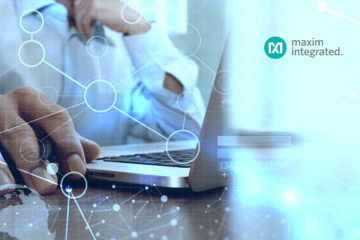