GTC DC: Learn How Washington Plans to Keep the U.S. in Front in the AI Race

The U.S. government spends about $4 trillion a year, and the question every taxpayer seems to ask is: How can we get more, while paying less?

The answer more and more leaders are turning to: AI.

It’s research, not rhetoric, attendees will tell you, that makes D.C. an AI accelerator like no other. The conference is packed with representatives from federal agencies — among them, the National Science Foundation, the National Institutes of Health, and DARPA — that routinely marshal scientific efforts on a scale far beyond that of anywhere else in the world.

These efforts extend deep into the computing industry, with the federal government commissioning the construction of supercomputers with ever more stupendous capabilities. Summit and Sierra, a pair of GPU-powered machines completed this year, represent an investment of $325 million. Summit is easily the world’s fastest.

And while Washington’s leaders are transforming AI, AI is transforming the region’s economy into one of the nation’s most vibrant startup hubs, with 54 deals worth $544 million in the second quarter of 2018 — up 29 percent from the year-ago period, according to the latest PwC MoneyTree report.

All of this makes GTC DC a one-of-a-kind gathering, bringing together leaders from the public and private sectors for panel discussions about AI policy, and 150 talks about applying AI to a wide range of applications, from healthcare to cybersecurity to self-driving cars and autonomous machines.

Other notable speakers include:

Leaders from the public and private sector will participate in panel discussions to discuss policy issues for:

This is your opportunity to join in the discussions around these — and other efforts — that the rest of the nation, and the world, will be seeing in the news months from now.

Anchored by the National Institutes of Health, which spends more than $37 billion on research annually — making it the world’s largest funder of biomedical research — the DC area is home to a constellation of healthcare innovators, many of whom are flocking to GTC.

Luminaries such as Elizabeth Jones, acting director of radiology and imaging sciences at the National Institutes for Health; Baku Patel, associate director at the U.S. Food and Drug Administration; and Agata Anthony, regulatory affairs executive at General Electric, will discuss how to bring AI out of labs and into clinics.

Other healthcare speakers include:

AI in Cyber-Security and Law Enforcement

Cyber security’s another industry where the DC area leads the way — with the region employing more than 77,500 cybersecurity professionals. It’s an industry that’s one of the leaders in AI adoption.  Among featured speakers covering the topic:

The big-picture thinking at GTC DC extends to self-driving cars, too.

While carmakers continue to add more and more autonomy to their vehicles, policymakers working on the infrastructure and regulatory changes that will make mass adoption of fully autonomous vehicles possible.

The highlight: a discussion at GTC DC will be a panel on deploying self-driving cars.

An AI for an Eye: How Deep Learning May Prevent Diabetes-Induced Blindness 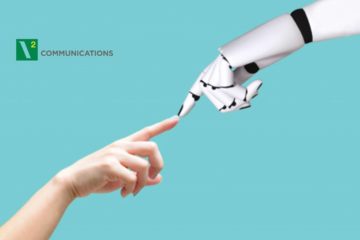 Life of Pie: How AI Delivers at Domino’s