ALL IMAGES AND ASSETS CAN BE DOWNLOADED FROM HERE 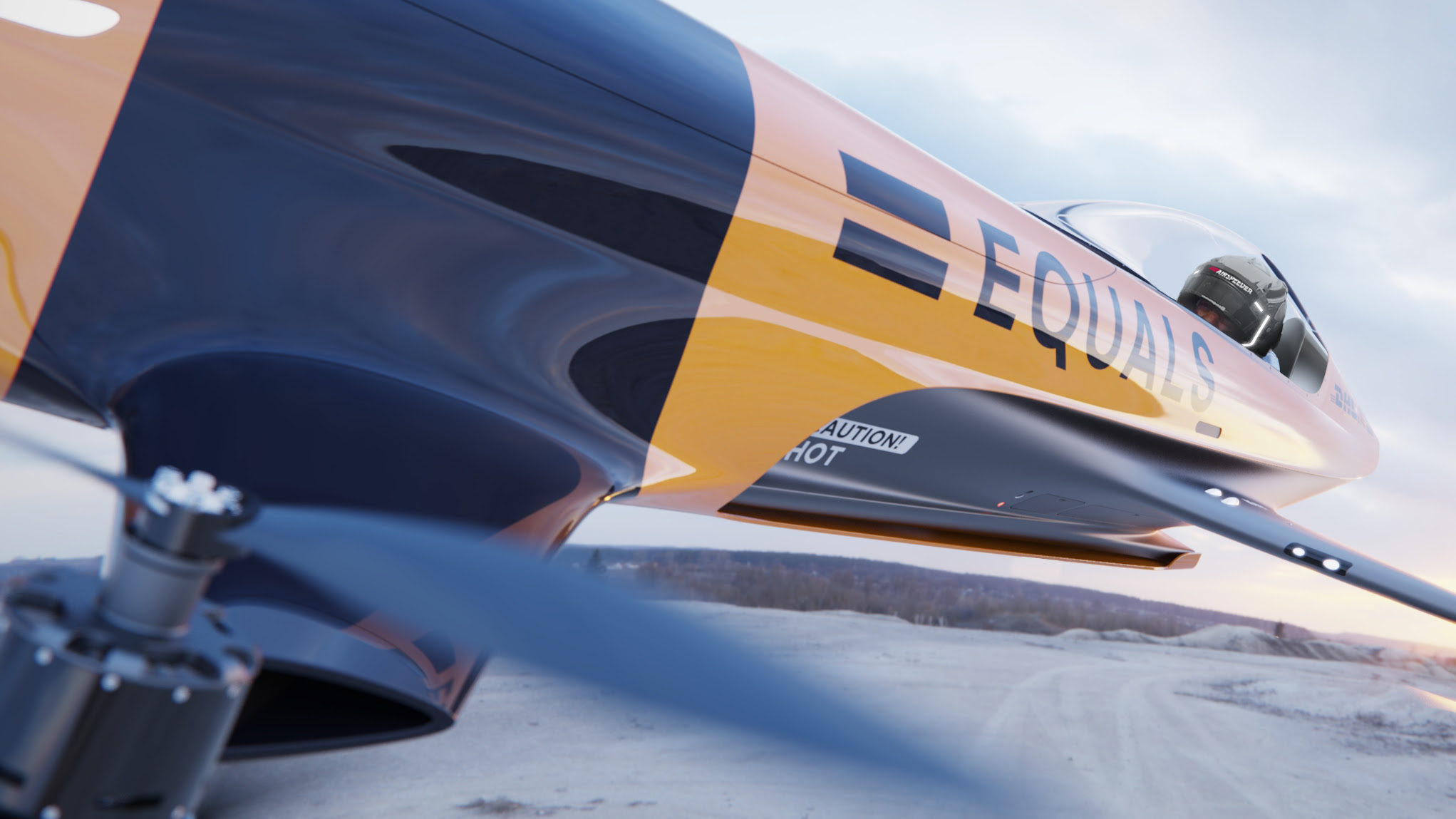 “Our mission to accelerate the next great mobility revolution through sporting competition requires the very best technical, creative and commercial minds. This expansion, following a significant round of institutional investment puts Airspeeder’s team in the US and therefore on a third continent, providing the perfect platform to add to a growing sponsorship base and rapidly grow our global audience.”

The growth, following a significant round of VC investment places the rapidly developing electric flying car racing series on a third continent, with the introduction of a Partnerships function in the United States and the recruitment of a Global Head of Media at the firm’s commercial HQ in London.

Stephen Sidlo, Airspeeder’s new Head of Media will work with Chief Commercial Officer, Jack Withinshaw and will interface between the new North American Regional Centre and the firm’s Technical HQ in Adelaide, Australia. Stephen Sidlo joins Airspeeder with a wealth of experience building audiences for both technology firms and pioneering global sporting entities. Sidlo’s approach harnesses the power of data to shape content production strategy and will work with Airspeeder’s existing partners to maximise engagement from collaborative activations.

His most recent role as Head of Media at Arrival saw him articulate a vision to help cities develop sustainable transportation ecosystems. Prior to this he built global audiences for Roborace, the world’s first racing series for humans and artificial intelligence.

Roborace echoes Airspeeder’s mission to hasten the future of mobility through sporting competition. Whilst there he found much success executing a content rich strategy, building a global and highly engaged audience across multiple channels.

A career spent working in new media, sport and entertainment perfectly places Sidlo to grow Airspeeder’s audience as it builds towards being an entirely self-owned global broadcast entity.

Sidlo has worked across multiple rights-holder properties including Formula E, Goodwood, Gran Turismo and World Rugby. He is a proven driver of media value for partners through content strategies, including major activations for Mastercard at Goodwood and Volkswagen at Roborace. This approach speaks of Airspeeder’s commitment to maximising the value its commercial and technical partners gain from alignment with the world’s first electric flying car racing series.

As an Award winning digital media practitioner, he will build an enviable media and production team to shape a new sport and entertainment property that is watched by millions across multiple devices.

“Airspeeder stands at the confluence of technical progress and the thrill of a next generation motorsport. It promises to become one of the most compelling sporting and technological entities in the world and am I proud to steward its success by building a highly engaged global audience.” Harry Neuhaus is a pioneer in partnerships and sales for established and emerging brands, focusing on both revenue generation and awareness building. He has over 25 years of experience in sponsorship development, broadcast and digital media sales and branded entertainment initiatives across a range of industries.

“Brands are already seeing the potential to align themselves with the foundations of a mobility revolution. Airspeeder will become the most exciting motorsport entity on the planet with a purpose far beyond sporting entertainment. I am proud to be part of such a significant agent of progress.”

Most recently, Neuhaus was the Head of Global Partnerships at the Drone Racing League (DRL). As one of DRL’s earliest employees, he was instrumental in securing Allianz’s title sponsorship and Swatch’s DRL try-outs sponsorship. Additionally, Neuhaus brought iconic brands such as Anheuser Busch, BMW, Cox, Seagate and US Air Force to DRL as partners and sponsors and played a critical role in Lockheed Martin’s partnership for the Artificial Intelligence race series.

“As we draw closer to Airspeeder’s historic first GP races, our sponsorship base from brands inside the traditional motorsport world and beyond is growing at pace. The time is now right to create a permanent base in the United States to develop relationships with brands who wish to align themselves with the most exciting future motorsport on the planet.” 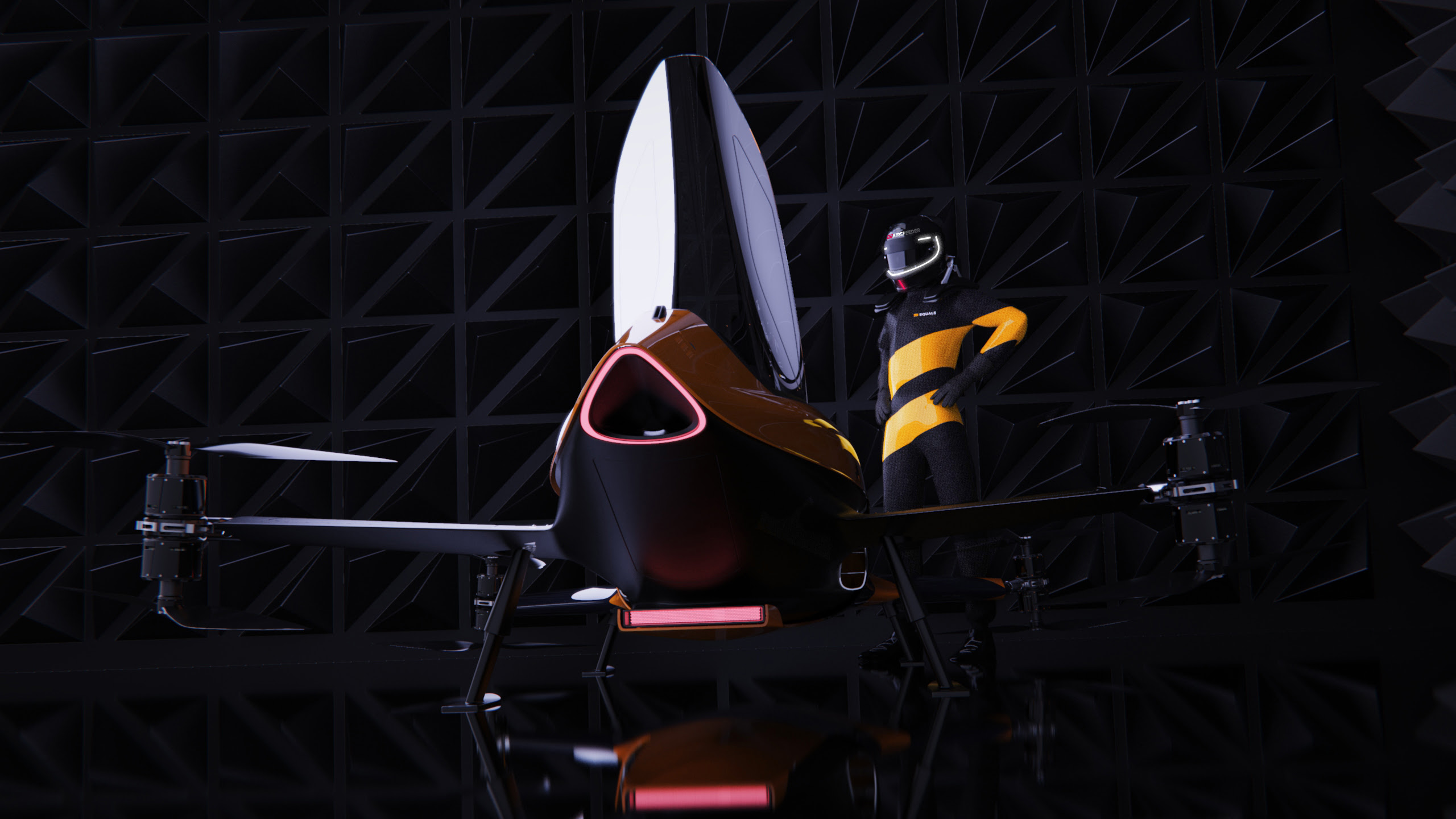 Airspeeder is defining the future of mobility through the white heat of sporting competition.

As creators of the world’s first motorsport series for flying cars, the Airspeeder competition accelerates the development of world-changing technologies. This new mobility revolution promises to answer the question of urban congestion by providing electric flying public passenger vehicles. Global leaders including Uber, Daimler, Toyota, Hyundai and Airbus are all heavily backing a sector poised to be worth $1.5 trillion dollars by 2040.

Airspeeder will be experienced through global multi-channel streaming. Spectators at live events will be limited to VIPs  exclusively invited to experience and amplify the action from luxury pavilions. As they compete, Airspeeders will utilise cutting-edge LiDAR and Machine Vision technology to ensure close but safe racing, with defined and digitally governed no-fly areas surrounding spectators and officials.

“By competing with each other, we wound up beating our rivals.” Enzo Ferrari, Founder, Ferrari

The technology that underpins Airspeeder is developed by our parent company, Alauda. The speeders are in the final stage of development, with manned test flights planned in the coming months in a secret desert location.

The sport promises to be the greatest modern sporting spectacle on the planet, with elite pilots propelled to speeds of 200kph in the largest, most powerful octocopters on the planet.

As creators of the sport and the hardware that delivers it, Alauda will be placed to dominate the performance segment of a market that will explode in the same way exotic and luxury cars did in the early-twentieth century.

ABOUT THE FOUNDER: MATTHEW PEARSON

Matt Pearson is the founder and visionary behind Alauda and Airspeeder. Together with a team of engineers, designers and commercial minds spanning Australia, New York and London, he is accelerating the development of electric flying vehicles through the white heat of sporting competition.

Beyond his role as a defining voice in the future of mobility, Matt is driving the rapidly expanding Industrial Internet of Things space through his work at Fleet. From their base in South Australia millions of devices are powered via Low Earth Orbit through a growing network of nano satellites.

Follow Us
We store cookies on your computer to improve your experience and provide more personalized services, both on this website and on other sites. For more information about the cookies we use, see our Privacy Policy. We won't track your information when you visit our site. We will have to use at least one cookie to ensure that you won't have to make this choice again.AcceptDeclinePrivacy Policy