Reimagining the Experience of Aerial Creativity, Mavic Air 2 Is the Smartest, Safest and Easiest-To-Fly Consumer Drone to Date

DJI, the global leader in civilian drones and aerial imaging technology,  ushers in a new era of aerial creativity with the Mavic Air 2 drone, combining high-grade imaging, intuitive yet advanced flight performance and revolutionary smart and safe technology in the best all-around drone we’ve ever made.

“Mavic Air 2 is another milestone for DJI, demonstrating that our smartest consumer drone does not have to be the largest,” said DJI President Roger Luo. “While the Mavic Air 2 bears all the hallmarks of the Mavic drone family, we had to completely rethink its design and development process. Our goal was to create a drone that offered the best overall experience possible to even the most novice pilot. We hope our drones can help boost creativity and become a fun yet educational experience that can be enjoyed, even at this unprecedented moment in history.”

Robust Imaging Capabilities for Every Type of Creator

The new Mavic Air 2 reimagines how quality content can be captured in a portable, folding drone. No matter the skill level of the pilot, Mavic Air 2’s features and technology are sure to appeal to every creative visionary. Mavic Air 2 is the first drone in the Mavic series to offer 4K video at 60 fps and 120 Mbps. Additionally, users can record unique content using HDR video[1], 4X Slow Motion in 1080p at 120 fps or 8X Slow Motion in 1080p at 240 fps. Pilots can record 12-megapixel[2] images or choose a new high-resolution 48-megapixel feature that photographs in stunning detail, while a mechanical 3-axis gimbal helps compensate for camera shake to create smooth and stable footage, even in unpredictable scenarios. Taking full advantage of the large Quad Bayer 1/2″ sensor, the Mavic Air 2 is the perfect tool to take creativity to the next level with a suite of image capture modes. The newly added SmartPhoto records 12-megapixel photos using advanced scene analysis and deep learning to automatically choose one of three image capture options.

Mavic Air 2 completely rebuilt the basics of drone flight to open up the skies for more exploration for everyone who is passionate about drone technology. Despite only weighing as much as a small water bottle at 570 grams, the Mavic Air 2 features new motors, new electronic speed controllers (ESCs), enhanced battery technology and an aerodynamic design to provide a maximum flight time of up to 34 minutes. DJI’s proprietary OcuSync 2.0 transmission technology has been upgraded to deliver an extremely reliable and stable HD video feed from the drone at a maximum distance of 10km[3]. OcuSync 2.0 supports both 2.4GHz and 5.8GHz frequency bands and uses an auto-switching feature to move between the two based on signal strength, while anti-interference technology blocks unwanted signals to keep the video feed clear.

Mavic Air 2 is equipped with unprecedented new safety features to help make flying as safe as possible. Obstacle sensors on the front and rear of the drone warn pilots when they’re too close to an object and can also be set to stop the drone from moving any closer to avoid collision. Additional sensors and auxiliary lights on the bottom of Mavic Air 2 assist with several functions including smooth, automatic landing even in difficult lighting. Mavic Air 2 also comes equipped with our GEO geofencing solution to help keep drones away from the highest-risk locations, such as busy airports.

Advanced Pilot Assistance System (APAS) 3.0 brings the next level of autonomous flying to DJI drones. When users enable APAS 3.0, as obstacles come into the drone’s path, Mavic Air 2 will create a new path around, under or over the object to avoid collision, giving pilots the confidence to fly in more complex situations while focusing on capturing their ideal images. Using 3D mapping, the updated version aids in smooth transitions and more fluid movements around objects even in highly complex environments.

In accordance with DJI’s industry-leading 10-point Elevating Safety vision published last year, Mavic Air 2 is also DJI’s first consumer drone designed to include AirSense technology[4], which provides enhanced safety by warning drone pilots of other aircraft nearby. AirSense uses aviation technology known as ADS-B to receive signals from nearby airplanes and helicopters, and displays their location on the drone pilot’s control screen. As these other aircraft approach the drone, AirSense will warn the drone pilot with messages, sounds and vibrations, enhancing the pilot’s awareness and ability to move the drone safely away.

“DJI has an unwavering commitment to enhance drone safety with technology, and Mavic Air 2 implements yet another pioneering safety solution for drone operations,” said DJI Vice President of Policy & Legal Affairs Brendan Schulman. “Our ambitious commitment to installing ADS-B in our new product models means Mavic Air 2 will be the world’s largest single deployment of ADS-B receiver technology, fulfilling and furthering our vision as the industry’s leader on voluntary safety efforts.”

Mavic Air 2 is packed with optimized intelligent features allowing users to quickly and easily record images and video that deserves to be shared with the world. FocusTrack[5] is the most advanced tracking feature on any DJI drone and offers three different capture modes:

A Hyperlapse feature brings the visual appeal of timelapse but with the added element of the drone physically moving. For the first time, Hyperlapse can be shot in a max resolution of 8K[6] while pilots can choose four flight modes including Free movement, Circle, CourseLock and WayPoints. Pilots can also choose from several pre-programmed flight maneuvers known as QuickShots, which use a 3-axis mechanical gimbal and electronic image stabilization for unmatched video quality. Simply tap the desired mode and Mavic Air 2 will automatically create stunning, cinematic content. Pilots can choose Rocket, Circle, Dronie, Helix, Boomerang or Asteroid.

Intuitive App, Convenient Editing and a Wealth of Accessories

An updated version of the DJI Fly app adds more advanced functionality for Mavic Air 2 while maintaining its user-friendly navigation. New tutorials get users familiarized with the drone and quickly in the air to start capturing compelling footage. Easy to use in-app editing features make the DJI Fly app a one-stop tool to edit and adjust the footage captured. Mavic Air 2 will be supported by a host of additional useful accessories including a shoulder bag, ND filter sets, propeller guards, protective case, tablet holder for the controller and monitor hood. 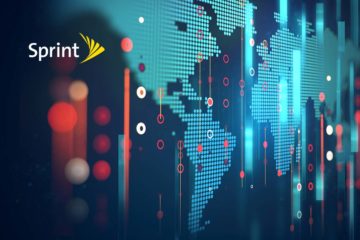 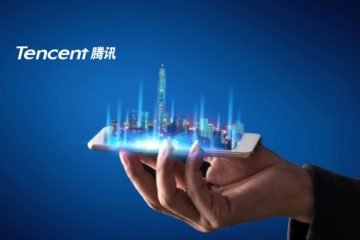