What Lies Beneath: Underwater Drone Unlocks Secrets of the Deep

Capturing Beautiful Images from Dizzying Heights and Out-Of-Reach Locations Is Becoming the Norm Thanks to Aerial Drones.

But for those more at home under the waves, there has been no comparable offering.

Notilo Plus, a Marseille, France-based startup and member of the NVIDIA Inception program, is diving into this opportunity with iBubble — the world’s first autonomous underwater drone.

A New Wave of Autonomous Machines 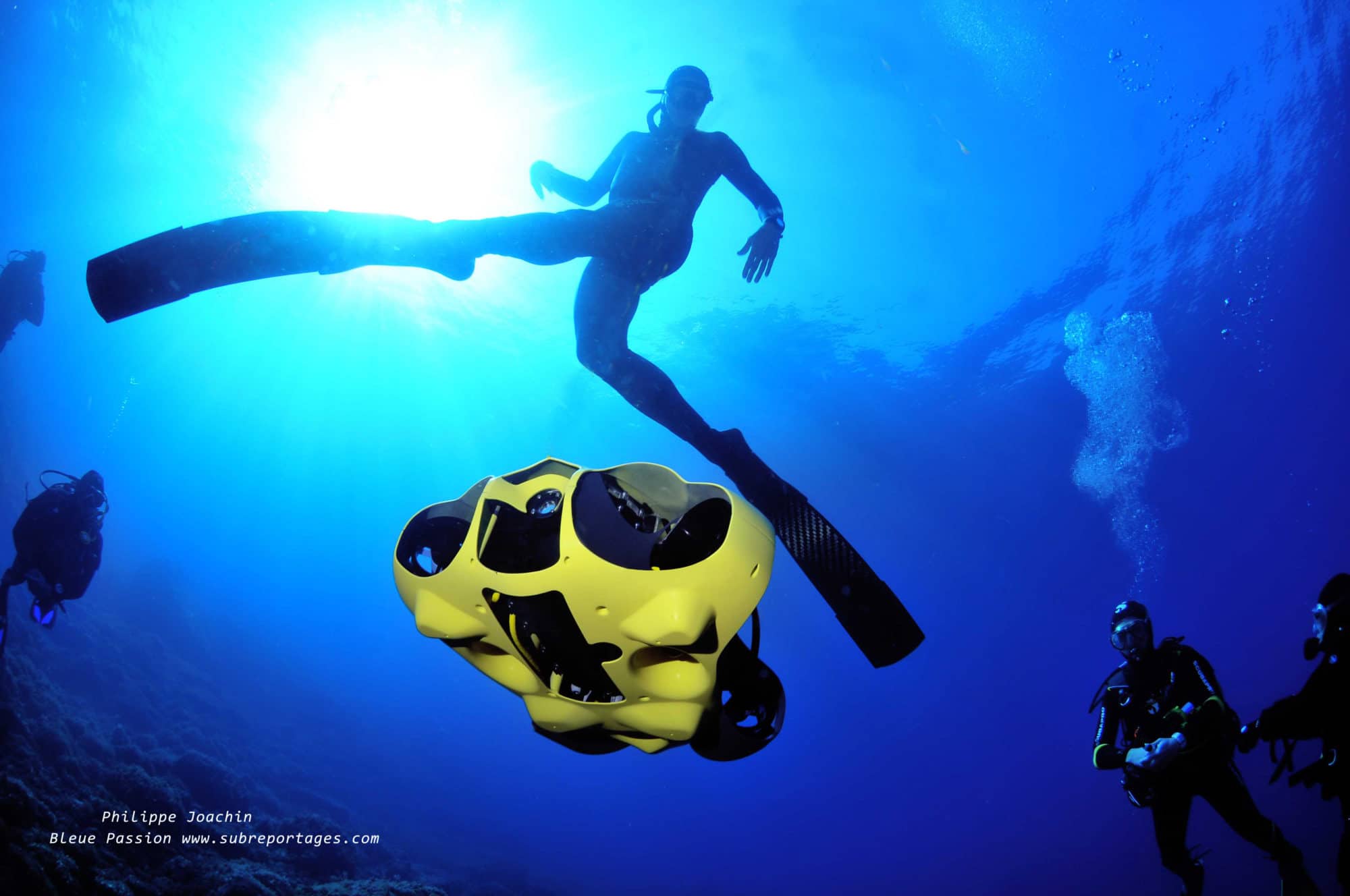 Until now, underwater drones were expensive, manual and targeted at a very specialized audience. iBubble, powered by the 7.5 watt NVIDIA Jetson TX2 supercomputer on a module, serves everyone from diving enthusiasts and oceanographers to underwater maintenance crews, boat owners and defense departments.

Notilo Plus’s 15-person team shares a love of capturing their adventures beneath the water’s surface, so they know just how complicated underwater filming can be.

They’ve designed iBubble to allow divers to spend more time exploring and less time behind the lens. Thanks to a combination of data-heavy training and processing power, the underwater drone can make its own decisions and track a diver’s path better than a human with a remote control could. Dirvers can opt to have their surroundings filmed or have themselves captured while exploring from a range of different positions. They can also communicate with the drone via a remote device that allows them to call the iBubble to them and change the filming focus.

All Aboard with Jetson

Technologies that enable most connected devices to thrive, such as Wi-Fi, GPS and Bluetooth, don’t function under water. Most companies have tried to make up for this with expensive acoustic technology.

But iBubble relies on cost-effective sensors coupled with powerful machine learning algorithms. It merges acoustic data with computer vision to create a fast, reliable tracking system capable of handling the most difficult environments.

“When it comes to building edge solutions, you have to go with NVIDIA,” said Nicolas Gambini, CEO of Notilo Plus. “The benefits in terms of computing power combined with the ease of getting started thanks to the built-in resources are incomparable.”

NVIDIA’s invention of the GPU in 1999 sparked the growth of the PC gaming market, redefined modern computer graphics, and revolutionized parallel computing. More recently, GPU deep learning ignited modern AI — the next era of computing — with the GPU acting as the brain of computers, robots, and self-driving cars that can perceive and understand the world. Today, NVIDIA is increasingly known as “the AI computing company.”

HashCash Consultants to Help a USA-Based Bank with Corporate Trade

Jan 19, 2021
Prev Next 1 of 379
Follow Us
We store cookies on your computer to improve your experience and provide more personalized services, both on this website and on other sites. For more information about the cookies we use, see our Privacy Policy. We won't track your information when you visit our site. We will have to use at least one cookie to ensure that you won't have to make this choice again.AcceptDeclinePrivacy Policy