A new report from Capgemini’s Digital Transformation Institute reveals that the financial services industry could expect to add up to $512bn to global revenues by 2020 through ‘intelligent automation1’, the right combination of robotics process automation (RPA), artificial intelligence (AI), and business process optimization applied cohesively to achieve business objectives. The report, “Growth in the machine: How financial services can move intelligent automation from cost play to growth strategy,” demonstrates the breadth of opportunity for the financial services sector in embracing these technologies.

To date, automation technologies, such as RPA, have been implemented by the financial services industry to drive down costs and create efficiencies. If RPA is deployed, a business can realize a 10-25 percent increase in cost savings, potentially scaling to 30-50 percent with AI-enhanced RPA.2

“A lot of things will happen in automation in the next couple of years. RPA is just one tool in the toolbox. We will also use AI-based tools and process optimization techniques for automation in the financial market,” said Jenny Dahlström, Deputy Head of Business Support and Development and Head of Robotic Implementation for Handelsbanken Capital Markets.

Leaders within the financial services industry have begun taking automation directly to their customers, using it as a revenue generator rather than just a cost saver. The Capgemini report found that, on average, over one-third (35 percent) of financial services firms have seen a 2-5 percent increase in topline growth from automation, with faster time-to-market and improved cross-selling efforts as the key factors that influence gains. Meanwhile, 64 percent of organizations from across different segments have seen improvement in customer satisfaction by more than 60 percent through intelligent automation, according to the report.

With such substantial gains made possible by intelligent automation, it is not surprising that an increasing number of financial services firms are considering deploying the technology on the front line. The report finds that more than half of firms (55 percent) are focused on increasing customer satisfaction through automation, while close to half (45 percent) see growing revenue as a key objective.

In addition to the tangible benefits offered by intelligent automation, the report suggests another reason why financial services organizations are exploring the technology is the growing threat from non-traditional players. The study says that nearly half (45 percent) of organizations believe that BigTech3 players, such as Amazon and Alphabet, will be their competitors in the next five years.

Despite the clear opportunities and advancing threats posed by BigTech entrants, adoption of intelligent automation has been slow. Only 10 percent of companies have implemented the technology to scale, with the majority of firms struggling with business, technology, and people challenges. The report reveals that only around one in four organizations has the technological maturity to implement cognitive automation technologies comprising machine learning, computer vision, and biometrics. Most organizations still have RPA, or – at best – Natural Language Processing (NLP), forming the backbone of their automation initiatives.

Anirban Bose, member of the Group Executive Board and Head of Capgemini’s Financial Services Global Business Unit said,“The most visionary financial services firms have leaders with a sophisticated view of the potential impact automation can have throughout their business. And they are already reaping the rewards. Hundreds of billions of dollars in automation-generated revenue is up for grabs in the coming years. Only those companies that deploy this technology in a way that looks beyond cost cutting and focuses on creating value for customers and shareholders will be able to win in the marketplace.”

Making the case for automation

The study finds several factors that are preventing organizations from moving beyond proof-of-concept to actually deploying intelligent automation. These challenges span the business organization, technology infrastructure, and talent. Around four in 10 organizations (43 percent) are struggling to establish a clear business case for automation. Many organizations are also struggling to persuade leadership to commit to a cohesive intelligent automation strategy (41 percent.) Additionally, successful automation deployment and scaling-up requires talent with a deep understanding of RPA and AI technologies. Almost half of businesses (48 percent) say they struggle to find the right resources to implement intelligent automation effectively. Also, 46 percent said that the lack of an adequate data management strategy hampers progress as AI-based automation algorithms require the right data at sufficient volumes.

“In my opinion, the evolution of automation in financial services will be very similar to the automotive industry revolution in the 70s and 80s. The role of humans in processes will dramatically change and focus on things that humans are much better at – in terms of design and problem solving – and leaving the repetitive rules-based stuff to the robots. Though it won’t happen in two years, I also know it’s not going to take 20 years,” said Jose Ordinas Lewis, Head, Robotic Automation Center for Swiss Re. 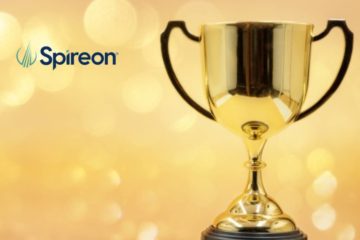