Robot vacuums were invented to make our lives easier. However, the models on the market are missing one key module: intelligent software. Three Swiss technology nerds have developed a user- friendly programme, which will be funded via crowdfunding. 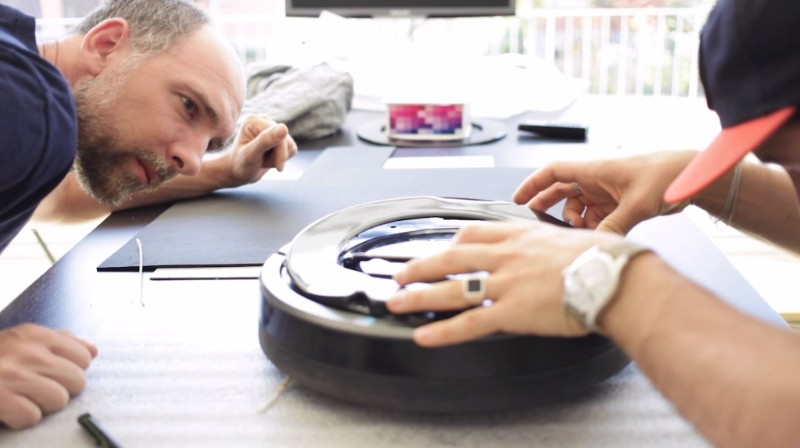 The current flood of robot vacuum cleaners on the market might lead consumers to believe that the often expensive household helpers have a lot of smart features. While these features are available, the user has no control over them.

Three inventors and software developers from Switzerland want to change this. They have developed a browser-based software module which allows even the technologically uninclined to easily control their robot vacuum cleaner. The intelligent module, Rebel gives users more control over their vacuum cleaner robot.

OneWeb Partners With Axiros For Management Of Critical Customer Infrastructure

Frustrated that such a product did not yet exist, the Swiss trio (Markus, Philippe, and Gregor) decided to develop the module themselves. Currently, you put the robot vacuum cleaner on the floor, press the power button and hope that the machine will magically choose the best route. However, the technology in these devices is complex and the robots don’t always work as well as the user would like. Markus Rohr, visionary and head of the team, was surprised to discover that the major weak point of cleaning robots is their software.

As a result, Markus and his team wanted to introduce a programme onto the market that gives users more control and allows them to pinpoint robot’s destination and path, right down to the centimeter. Rebel is an add-on module which gives the user a map of the cleaning route, as well as other helpful tools.

The innovate control system isn’t tied to any one manufacturer or any one brand but instead aimed at consumers. However, the first version of the Rebel module was designed for cleaning robots’ very first users – all Roomba® 700/800 robot vacuum cleaner owners.

The web-based software module, which will be funded via Kickstarter, allows the intelligent control of the robot via most end devices, such as smartphones, PCs, and tablets. On the chosen device, users can follow the robot via a live smart-map and see where the robot is and which cleaning zones it has already finished. There are also other useful features available, as well as an optional 8-megapixel camera.

One requirement for owners of a Roomba® device – under the robot’s handle there should be a rubber cap, which covers a mini-DIN-7 socket. You can connect the Rebel to the Roomba® via this port.

OneWeb Partners With Axiros For Management Of Critical Customer Infrastructure