OhmniLabs, a Silicon Valley-based robotics company, introduces its new Robotics as a Service platform and the addition of Dr. James Kuffner, Chief Executive Officer at the ​Toyota Research Institute – Advanced Development (TRI-AD), to its Advisory Board.

OhmniLabs has been committed to accelerating the robotic development process since the founding days. As a part of this commitment, OhmniLabs is leveraging its 5th generation additive manufacturing process and modular robotics hardware and software stack stack and partnering with companies around the world to bring new robots to market in record time. OhmniLabs’ new Robotics as a Service (RaaS) offering allows partners to focus on market, customers, and sales while OhmniLabs provides complete end-to-end robotics, technology, and production. Launch partners include Japan’s Toppan Merrill LLC, a leading global provider of integrated solutions in the fields of printing, communications, security, packaging, décor materials and electronics, and dozens of startups and robotics labs around the world.

Dr. Kuffner ​joined the Toyota Research Institute (TRI) in January 2016 as​ the Chief Technology Officer and Area Lead, Cloud Intelligence, and was appointed Chief Executive Officer of TRI-AD in March 2018. Prior to joining TRI, Dr. Kuffner was a Research Scientist and Engineering Director at Google, where he was part of the initial engineering team that built Google’s self-driving car. He was appointed head of Google’s Robotics division in 2014.

Dr. Kuffner is perhaps best known as the co-inventor of the Rapidly-exploring Random Tree (RRT) algorithm, which has become a key standard benchmark for robot motion planning. He has published over 125 technical papers, holds more than 40 patents, and received the Okawa Foundation Award for Young Researchers in 2007. Dr. Kuffner received a Ph.D. from Stanford University Department of Computer Science Robotics Laboratory in 1999, and was a Japan Society for the Promotion of Science (JSPS) Postdoctoral Research Fellow at the University of Tokyo working on software and planning algorithms for humanoid robots. He joined the faculty at Carnegie Mellon University’s Robotics Institute in 2002.

“We are delighted to have Dr. Kuffner onboard as an advisor,” said Thuc Vu, OhmniLabs Co-Founder and CEO. “Both Jared Go and I enjoyed studying under Dr. Kuffner at Carnegie Mellon University. Today he continues to inspire and motivate us through both his thought leadership and practical applications of robotics technology across various methodologies and industries. We believe that Dr. Kuffner’s expertise as the pioneer of cloud robotics ​will be extremely valuable as OhmniLabs continues to grow and innovate.”

“I am honored to be joining OhmniLabs’s Advisory Board,” said Dr. Kuffner. “I have tremendous respect for Thuc and Jared as entrepreneurs and innovators, and I look forward to working with them.” 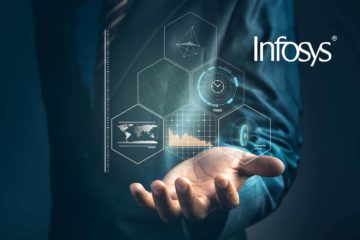