Babel Street, the world’s data-to-knowledge platform, announced it has renewed its partnership with Intel 471, the premier provider of cybercrime intelligence. Babel Street initially partnered with Intel 471 in November 2017 to empower its clients with greater situational awareness based on closed-source data from the criminal underground of the dark web. Given the success of the partnership to date, Babel Street renewed the arrangement into the next decade.

Intel 471 specializes in malware and adversary intelligence, which infiltrates closed sources where threat actors collaborate, communicate and plan cyber attacks. Within the Babel X platform, Intel 471 closed-source data can be rapidly deciphered across more than 200 languages and utilized with information from more than 50 other data sources to maximize the effectiveness of Babel Street clients’ decision making processes. Access to Intel 471 intelligence does not require a separate license for Babel Street customers.

With locations around the world, the Intel 471 team of intelligence operators and native speakers deeply understands the dark web criminal culture and gathers intel from underground forums, marketplaces and other major crime hubs.

“Intel 471’s cybercrime intelligence is an integral offering for our clients when collected and analyzed with our vast collection of data sources,” said Jeff Chapman, CEO of Babel Street. “They are a premier tool for mining underground data to help combat cybercrime, which is pertinent to most companies, especially those with computer networks.”

“Combining Babel Street’s multi-lingual real time data platform with the cybercrime intelligence capabilities of Intel 471 has proven to be an incredibly successful partnership and we are excited to see where it takes us in the future,” said Mark Arena, CEO of Intel 471.

IBM Assists in the Fight Against Human Trafficking 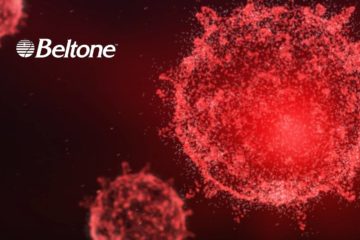