Instead of relying on physically distant public clouds, edge computing hosts applications and content across operator networks at key locations that are closer to the user. Combined with future 5G infrastructure that also lowers latency and increases speeds, mobile experiences are not only improved, but entirely new use cases will be unlocked for augmented and virtual reality, smart cities, industry 4.0, gaming and immersive entertainment, autonomous vehicles, and more.

“The TELUS and MobiledgeX partnership will provide Canadian developers with the tools and network access to seize the opportunity presented by edge computing and leverage the wireless networks of the future,” said Ibrahim Gedeon, CTO at TELUS. “Edge computing allows consumers and businesses alike to harness the power of a data center in near real time, unlocking further potential for fast, low-latency mobile networks to empower transformative technologies for everything from home entertainment and gaming, to healthcare and agriculture. We can’t wait to see what Canadian companies develop on the MobiledgeX network.”

“We know that ubiquitous edge access and the ability to experiment freely with the power of edge computing are two core drivers of the pending explosion of innovative new mobile services,” said Sunay Tripathi, Chief Technology Officer at MobiledgeX. “Through research, open technologies, and deep collaborations, we are relentlessly focused on empowering the communities that will take edge computing to new heights. We look forward to working closely with TELUS to fast-track edge exploration.”

Live testing of the MobiledgeX Early Access Program will be available in select major cities across Canada, including the TELUS Lab 5G at Zú, a Montreal-based incubator for start-ups innovating in the entertainment space. Additional live testing sites across Canada will be announced shortly as the program evolves.

‘’Our mission is to attract, support, and promote creatives in the entertainment sector to develop world-class innovative projects. Zú supports them in their creative process and growth by facilitating access to the necessary resources for the development of their projects; cutting-edge resources such as mobile edge computing and 5G. We are proud to offer creatives this opportunity to the creatives,’ said Guillaume Thérien, General Manager, Zú.

Developers approved for early access will receive exclusive, free-of-charge access to the MobiledgeX platform in a live network environment, and will benefit from a slate of market development efforts including hackathons, educational sessions and more. 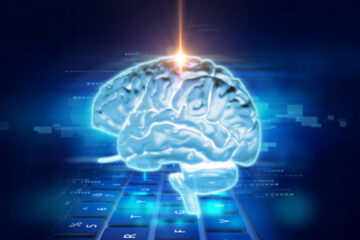