Basar joins Blippar with over 18 years of experience leading commercial and strategic partnerships globally, across roles that include tech giants Google and YouTube. As the Global Strategic Partnerships lead for YouTube, she oversaw integrating the UK team with global teams within Google and Alphabet, and drove partnership scheme development at scale. As Google Grants/Non-Profit Lead she built the Google Grants business from launch to on-boarding up to 400 non profit and NGO’s to the Google platform. More recently, she  co-founded Congress London, a non-profit women’s network focused on designing events on topics that foster advancement and confidence in women across multiple industries, successfully growing partner membership from 40 to 700 in two years and partnering with multiple non-profits who positively impacted their local communities.

“I am delighted to be part of Blippar and the compelling world of augmented reality,” said Dahlia Basar. “I believe AR is the next frontier in technical innovation; it will define how customers and clients engage with each other in new and unprecedented ways, and as Strategic Partnerships Director I look forward to joining Blippar in their quest to capture, educate, and inspire.” 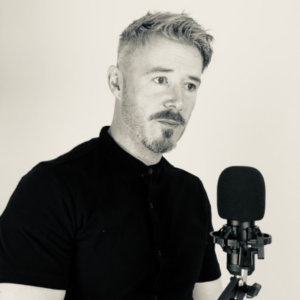 McDonagh will be familiar to many in the startup and entrepreneurial worlds, having personally interviewed over 3,000 business founders in his role as Co-Founder and Chief Growth Officer (CGO) of The Startup Van, an award winning multimedia platform that, since 2016, has elevated the conversation around startups and entrepreneurship, and gained over 60 million views online. In this role, Mark also launched ‘The Roundup’ – the first and only daily show for founders in the UK – and worked with WeWork to co-produce a series called ‘Behind the Curtain’. McDonagh’s background also includes roles as Chief Growth Officer, UK and Ireland with education software developer Xplor, and as a Senior Account Manager, SAAS Startup Acquisition with IBM. His strong links in the technology and entrepreneurial communities also extend to Tech London Advocates and sitting on the judging panel at the Great British Entrepreneur Awards.

“Having come across some impressive, innovative companies during my time with The Startup Van, there was one in particular I kept my eye on, which was Blippar. I believe there’s an exciting AR boom approaching, and I’m delighted to be joining the Blippar team as CMO.”

Timoney joins as CFO having spent the past eight years as VP of Finance and Strategy at virtual simulation and world building unicorn Improbable, responsible for the companies’ business partnerships, investment strategy, and day-to-day financial operations. He was previously an Associate Consultant at Stroud Consulting, focusing on the manufacturing and supply chain sector. Timoney began his career in scientific research around theoretical physics, having worked as a Research Scientist at both the University of Oxford and Belarusian State University, and as a Research Associate at BAE systems.

“The opportunity to be joining both such an incredible team and an industry which has held so much potential for so long and is really starting to develop now was too much to miss. I’m really looking forward to what the future holds for us,” said Patrick Timoney on his appointment as CFO. 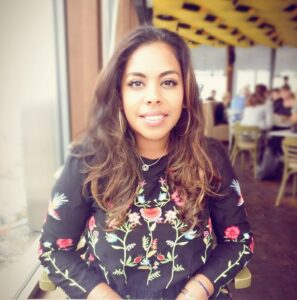 Blippar CEO, Faisal Galaria, comments: “As AR becomes even more embedded in the mainstream, we’re seeing the technology transition into the next phase – true utility for brands and users alike. Further building the Blippar team to ensure we continue to drive innovation in AR and can meet, and exceed, the demand and needs of our clients and partners – new and existing – is key. Dahlia, Mark, and Patrick bring a wealth of experience and knowledge in helping scale fast-growth technology businesses to our leadership team, which will enable Blippar to connect with an even wider base of brands and partners, and empower further growth to meet our ambitious goals.”

Having secured $10 Million in seed and  pre-Series A funding round in the last 12 months, Blippar continues to expand its offering of award-winning AR experiences to clients, such as P&G, Unilever, OnePlus and Pearson, across its growth markets, including the US, Europe and Asia.