As a 16-year-old was awarded a $3-million-dollar cash prize for winning a Fortnite tournament, the largest payout ever for a single player in an esports tournament, an Atlanta startup unlocked its war chest of advanced patented technology promising to boost esports for big money sponsors and brands by breaking the data barrier within live events.  Move over content, data is the new king. 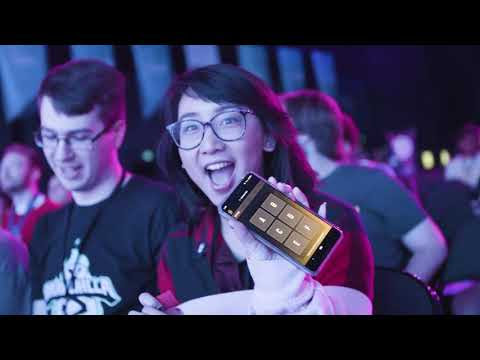 Kyle ‘Bugha’ Giersdorf, from Pennsylvania, is the 16-year-old who everyone is talking about after he was crowned king of Fortnite and took home the $3-million-dollar grand prize. The tournament, which was held in New York’s Arthur Ashe tennis stadium, had a total payout for all levels and ranks of $30 million dollars. But keeping to this trend of future sizable multi-million-dollar payouts may be difficult for other esports tournaments unless they can attract the deep pockets of corporate advertisers and sponsors. Massive exposure to this intriguing world of gamers is one way to secure large advertising spends; however, access to big data from this same group may be the keys to the kingdom.

Indeed, consultancy firm Accenture’s “Big Success with Big Data” study found that 79 percent of enterprise executives say that companies who don’t embrace big data will lose market strength and may face extinction. By now, it is a well-known fact that data is king when it comes to successful performance in the digital era.

Sponsors, advertisers, and brands in this technologically advanced age of millennials and their mobile devices have come to expect teams, leagues, and venues to deliver on the big data promise. Big data refers to extremely large data sets that may be analyzed computationally to reveal patterns, trends, and associations, especially relating to human behavior and interactions. One company has both chartered and taken the lead in the industry on delivering on this promise, not only within esports but all LIVE events: VNU (pronounced Venue).  VNU has pioneered a new engagement technology platform called “engageLIVE.”

Pushing the data boundary is what engageLIVE is about. Last year the startup completed a proof of concept with Turner Sports during its ELEAGUE “Streetfighter V Championship” tournament. In a world where most teams and leagues are very happy with 5 to 10% participation in their apps during live events, VNU crushed those numbers, activating over 87% of the live audience in a moment’s notice (with zero pre-promotion) and holding their attention, with 90% of those activated participating during the entire engageLIVE session.

Betting big on data and live events is CEO and cofounder of VNU, Joe Carter. Carter is a former CNN host who worked at the cable news station from 2009 to 2016. He was a familiar face on HLN’s Morning Express with Robin Meade and various CNN news shows from early morning to late day. Since leaving the cable network, Carter has been laser-focused on maximizing engagement to drive actionable data during event downtime: “Our engageLIVE product combines the best features of demographic targeting and behavioral targeting into a new engagement platform which instantly enables any live venue to gamify and monetize the downtime of any live event while turning fans into advocates of the event sponsors and brands.”

The engageLIVE platform comes from Internet patent pioneer Jovan Hutton Pulitzer and his patent/development incubator FLIP.Ventures.  A number of Pulitzer’s technology innovations and patents (for instance, how you scan and connect with QR codes and bar codes on your mobile devices) are already in use on more than 11 billion mobile devices globally. This scan-and-connect software, which comes pre-installed on most current devices, allows Carter’s company to activate the engageLIVE feature set in seconds.

“We spent several years meeting and brainstorming with executives in the NFL, MLB, NBA, and other live events finding out what everyone really needs to engage their fans and also what would make it useful for sponsors and brands,” Carter states. “We are now rolling out what the teams, leagues, venues, brands, and sponsors told us they wanted to engage live audience members. We deeply researched the needs of all and then created the only technology product which could deliver on it.”

Read More: MOBI Announces the First VID Standard on Blockchain in Collaboration with Groupe Renault, Ford, and BMW Among Others

VNU’s results with Turner’s ELEAGUE were exceptional, but Carter set out to push the engagement boundaries to show his technology company could succeed against higher stakes. VNU partnered with Esports Stadium Arlington to engage a crowd of thousands over a 12-hour period during a championship tournament.

Breaking ground and being bold is what Esports Stadium Arlington is known for. The 10-million-dollar, 100,000-square-foot facility located in Arlington, TX, is North America’s largest dedicated esports facility. The building is a joint venture of the city of Arlington and Esports Venues LLC, an arm of Infinite Esports, which is owned by Texas Rangers co-owner/COO Neil Leibmen. VNU and its platform engageLIVE activated and engaged the crowd during every downtime moment on championship Sunday at a popular tournament called Low Tier City 7.

Not only is Esports Stadium Arlington known as America’s largest dedicated esports facility, but it now has bragging rights by having launched the first fully engaged & interactive esports event. Low Tier City 7 fans were interacting with the engageLIVE platform during every game break and game changes.

“EngageLIVE was a fantastic way to enhance the audience experience at Low Tier City in an authentic way. The active audience participation that engageLIVE generated using sponsor-driven questions during giveaways brings beneficial exposure to partners, which provided valuable insights. There are bright opportunities with engageLIVE for events to amplify experiential components for fans while simultaneously deriving valuable and informative ownable moments for stakeholders,” said Jonathon Oudthone, President of Esports Stadium Arlington.

Esports is hot, engagement is hot, and Carter’s company is hot. “Esports continues to show its huge potential, but it must prove it has full brand and sponsorship potential, and that it has the ability to deliver more than the traditional live events have in the past.  The more is big data. We knew that if we could get fans to engage on a moment’s notice and share views, votes, values, and vision with the brands and sponsors, then the advertising and sponsorship dollars needed for the esports business to explode will be soon to follow. We’ve accomplished what we set out to develop and we’re now looking forward to the new ideas, data, offers, and brand messaging which springs forth going forward,” closes Carter.

HyperX Named Leading Peripheral Partner for SoLa I CAN Technology &…