DRIVE Markets ($DRV), the institutional crypto and fiat exchange, announced an investment from entrepreneur Calvin Ayre, founder of Ayre Group and CoinGeek. In a bid to entice traders from the $5 trillion forex market, DRIVE Markets has teamed up with forex giants including First Derivatives and MetaTrader to offer a crypto trading experience synonymous with forex trading.

Ayre is a key backer of BSV, through his CoinGeek mining, media and investment operations, and expects the undisclosed investment which is in the multiple seven figures, to provide a significant boost to BSV enterprise usage and transaction volume.

DRIVE Markets recently announced DRIVE Pay, a multi-protocol, real-time remittance and gross settlement network for crypto and fiat currencies. DRIVE Pay will use the BSV blockchain as the anchoring ledger for its payments network and will use BSV coins as a bridge or intermediary currency to enable liquidity.

“At DRIVE, our roadmap leverages the infrastructure and capabilities of our institutional exchange and we were looking for the right solution partner that could scale DRIVE Pay to become a global leader in the multi-trillion dollar payment and settlement space. Bitcoin SV, as a commodity data ledger, makes it the ideal blockchain to anchor DRIVE Pay and the BSV team possess a level of expertise and commitment to enterprise development that really impressed us,” said Kate Hiscox, CEO at DRIVE Markets.

BSV has the scaling plan necessary to support a global payment network like DRIVE Pay and other enterprise uses.  Just recently, BSV’s blockchain witnessed not one, but two, 128MB record-setting blocks – the world’s largest ever on a public blockchain.  (For comparison, Bitcoin Core [BTC] has a small 1MB block cap).   With 128MB blocks, BSV can handle 800+ transactions per second and proves that massive on-chain scaling works on Bitcoin.  Furthermore, Bitcoin SV is preparing for gigabyte (1000 MB) and eventually terabyte (1 million MB) blocks to process billions of transactions per second and become the global data ledger for business.

CoinGeek founder Calvin Ayre commented:  “I like entrepreneurs who can cut through the noise and focus on technology that works.  That’s why I like DRIVE.  DRIVE recognizes the original Bitcoin vision, now back in the form of Bitcoin SV, works at a massive scale.  I look forward to seeing the DRIVE Pay network process huge amounts of transactions on the BSV blockchain, and further unleash the true power of Bitcoin.”

DRIVE Markets’ CEO Kate Hiscox will attend and speak at the upcoming CoinGeek Toronto conference, May 29-30 at the Carlu in Toronto.  The conference focuses on Bitcoin scaling, with “No Limits”, and will feature the world leaders in blockchain scaling.  At the event, Hiscox will discuss plans for DRIVE Pay and her company’s decision to build the payment network upon BSV.

Ayre’s investment is part of a broader collaboration between DRIVE and the Bitcoin SV ecosystem.  nChain, the global leader in advisory, research, and development of blockchain technologies, will support DRIVE Pay with its technical consulting services and access to its vast intellectual property portfolio.  Along with Ayre’s CoinGeek operations, nChain is another key backer of Bitcoin SV.

Jimmy Nguyen, Founding President of the Bitcoin Association and Chair of nChain’s Strategic Advisory Board, remarked:

“With DRIVE, the Bitcoin SV ecosystem gets bigger and gets down to some really big business.   From our discussions, it is clear DRIVE Markets sees BSV’s technical value as an enterprise ledger and business value as a regulation-friendly environment.  We invite more companies around the world to study BSV’s technology capability and build on the only massively scalable blockchain – Bitcoin SV.” 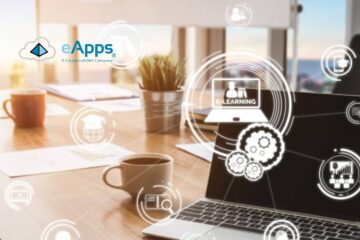