Relex Real Estate JSC, (a.k.a. Relex Development, RLX) the regional center for digital transformation, announced that they have accepted an invitation to join the Belarus Blockchain Technology Council from the Belarusian Currency and Stock Exchange (BSCE)  This invitation further shows support of Relex Development’s earlier press release, in which it was mentioned it would become involved in the digital transformation of the Belarusian Stock Exchange.

The BCSE and Relex (RLX) are currently in talks to migrate the RLX token onto its national government blockchain system that the Stock Exchange has been using in preparation of this aforementioned digital transformation.

“We are pleased to be one of the first crypto-centric blockchain companies invited to join the Belarus Blockchain Technology Council, further showcasing our vast knowledge of digital transformation, and we look forward to the token integration process with the Belarusian Currency and Stock Exchange,” said Oksana Lozytskaya, CEO of Relex Development.

The Blockchain Technology Council of Belarus is the body in charge of administering the country’s national blockchain.  An invitation to the Blockchain Technology Council gives Relex (RLX) the status of an institutional platform and full recognition as a systemic partner.  Furthermore, a Relex representative will join the Belarus Council of Nodes and have a voice in how the country transforms and evolves its blockchain in the future going forward.

Such steps the country has made is an unprecedented action, and has strategically positioned Belarus as a global thought leader in terms of pioneering the rollout of its national blockchain, with stakeholders such as the National Bank of Belarus, the Belarus Currency and Stock Exchange, the nation’s united payment and information system, Raschet, along with Relex (RLX) and other systemic institutions in the country. The integration will allow Relex to be able to better serve its project partners, such as Vietnam’s My Thuy International Port and Canadian real estate fund Woodfine Capital Projects, as well as Relex’s customer base and proxy developer community.

“This is history in the making. We see a paradigm shift not just via the digital transformation of the BCSE, but also in daily lives and how we interact with businesses and institutions. We also see a paradigm shift in which, like banks, there will be a closer interaction between cryptocurrency companies and government as the new dynamic of public-private partnership style cooperation increases in this space. Our team will start initial integration work with the new national blockchain and work closely with the BCSE and the Council as early as this coming week,” said Keith Hilden, the original founder of Relex Development.

CryptoCurrencyWire Announces Collaboration with Blockchain Life 2019 as the Official Newswire 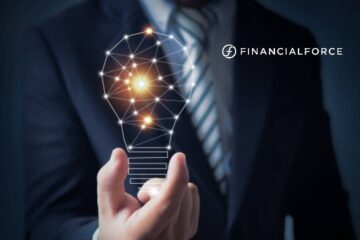