Blockchain Relations™, the first media networking brand established to connect mainstream audiences around the world with crypto, is pleased to announce the SmartCash community approved its proposal to commence a full-scale media relations campaign.

Officially initiated April 1, 2018, the proposal details many different complementary strategies designed to grow the SmartCash community by bridging the gap between mainstream audiences – most of which are only familiar with big name cryptos such as Bitcoin and Ethereum – and the crypto market. Introducing SmartCash to blockchain enthusiasts through the Blockchain Relations Brand Network and accelerating grass roots efforts among existing members of the community also play a key part in the campaign’s overall approach.

To view an interactive presentation of this strategy and the methodology behind it, visit: http://www.blockchainrelations.io/presentations/smartcash/overview-and-methodology/

“Reaching everyday people in a credible manner is where the real opportunity lies for crypto to go mainstream,” Blockchain Relations founder and SmartCash enthusiast Jonathan Keim said. “The key is to be known, trusted and easily understood. As a SmartCash activist myself, I’m thrilled to be playing a considerable role in the larger effort focused on achieving mass merchant adoption through community involvement.”

SmartCash is a blockchain-based crypto governed solely by its community. Self-funding, which is accomplished by allotting a major portion of the block rewards to the “community treasury,” enables advocates to get compensated and reimbursed for their projects. The allocation of resources is determined by SmartCash holders who vote on proposals from around the world, including many philanthropic projects that have made a real difference for countless people. 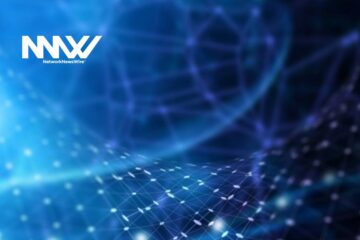