Enterprises across the globe are quickly moving away from legacy networking technologies like managed LAN and multiprotocol label switching and embracing software-defined networking and related technologies, according to a new report published today by Information Services Group, a leading global technology research and advisory firm.

The 2019 ISG Provider Lens™ Archetype Report for Networks and Software-Defined Networks finds many enterprises either involved in SDN-related pilot projects or already moving to production-level deployments. While legacy networking technologies still account for the majority of enterprise deployments, the move to SDN-related technologies will happen quickly over the next couple of years, the report says.

A focus on network flexibility and agility is one of the factors driving the move toward SDN, the report says. Cost reduction, increased network efficiency, improved customer satisfaction and higher sales numbers are also among the goals of enterprises looking to make a change.

“Agile, flexible and cost-effective connectivity that supports the enterprise business roadmap is high on many corporate agendas,” said Jan Erik Aase, director and global leader of ISG Provider Lens Research. “Future-oriented business models depend on modern networks that are now being delivered by a number of service providers around the world.”

The 2019 ISG Provider Lens Archetype Report for Networks and Software-Defined Networks examines four different types of clients, or archetypes, that are looking for networking and SDN products and services. The report evaluates the capabilities of 38 networking providers to deliver services to the four archetypes:

Bleeding Edge: These are small to mid-sized enterprises with fewer internal resources than larger companies. They are typically digital natives without significant legacy infrastructure to transform. Bleeding edge enterprises are likely involved in or have past proof-of-concept trials and are actively seeking SD-WAN deployment to support newer managed networks, with ready-to-deploy or cloud-based, disruptive applications. They look for good price points for equipment, as they often see the IT budget as a cost center.

Aggressive Adopter: These clients may be mid-to-large-sized enterprises with deep experience in sourcing their services. These enterprise types have evolved from legacy, siloed solutions. Their networks have not evolved as a disjointed function, but rather a function that, together with the rest of IT, enables business differentiation – and they are often already in the cloud or on the way to being in the cloud. These enterprises may run their own small data centers or host their services with an external provider.

Read More: Microsoft and Cisco to Allow Interoperability Between Their Meeting Rooms; Collaborates on SD-Wan and Cloud Connectivity

Moderate: These customers may be mid-to-large-sized enterprises, often running their own data centers and with some experience in sourcing or hosting their services. They may still be on the journey from legacy, siloed solutions toward business-focused and integrated solutions, with the aspiration of building a network that works with the rest of their IT systems to enable business differentiation and drive performance and cost improvements. Their IT and network groups will be seeking new technology where it demonstrates clear value or solves specific business issues, or when forced to adopt by other business areas.

Conservative: These clients are large-scale enterprises, often in regulated industries such as banking and finance. They are risk averse. They usually have legacy-heavy enterprise IT and networking systems that have multiple silos and often are disjointed from the business. Enterprise IT and network functions often are perceived and budgeted as a cost center, not a value generator. They undertake SD network transformation slowly and cautiously and insist on proofs of concept and pilot deployments before any commercial roll-out decisions are made. They typically purchase transport only, relying on their own resources to deploy and operate their network technologies. 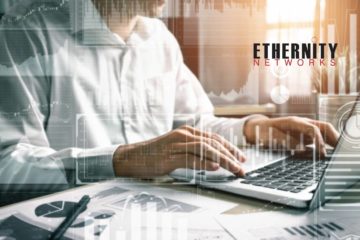