Frameplay, the global leader in enabling intrinsic in-game advertising, announced the first-to-market attention metric called Intrinsic Time-in-View. The metric is built upon Frameplay’s proprietary, industry-leading viewability capability, and has been double-validated by studies from Lumen and eye square, and recognized by dentsu International’s award-winning Attention Economy team as a pioneering solution for measuring attention in the gaming space.

“Our proprietary intrinsic in-game viewability technology has been at the forefront of our product offering since our company’s inception,” said Jonathon Troughton, CEO of Frameplay. “We are proud to share that we have further validated the efficacy of our advertising solution, with results from our two eye tracking studies showing a strong correlation between our intrinsic in-game viewability algorithm and intrinsic time-in-view viewability duration metric as substantial indicators of attention.”

Recommended AI News: Computer Aided Technology, Inc. Partners with Onulis to Bring the WRAP to the AM Community

Frameplay’s Intrinsic Time-in-View measures the length of time an ad impression is viewable during game play. An impression is only considered viewable if it meets Frameplay’s intrinsic in-game advertising proprietary and market-leading viewability requirements. The studies leveraged an intrinsic in-game advertising campaign for dentsu’s client McCormick and their Frank’s RedHot brand in Frameplay’s exclusive gaming inventory.

“The average consumer sees over 4,000 ads in any given day, so it is imperative that advertisers start evaluating channels through the lens of attention metrics, which are more indicative of meaningful exposures,” said Joanne Leong, Vice President, Global Media Partnerships at dentsu. “The results from these studies validate proven attention in Frameplay’s gaming inventory, and we will use this data in planning as we evaluate future intrinsic in-game opportunities.” 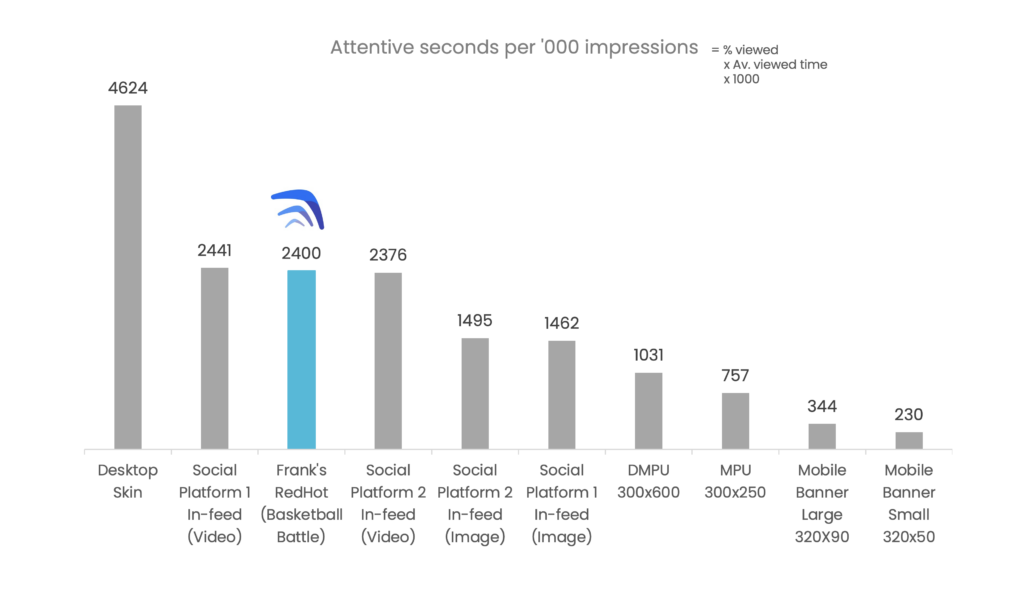 Frameplay partnered with both Lumen and independently, eye square, to analyze and compare Frameplay’s Intrinsic Time-in-View calculation with their respective eye tracking measurement. Both companies, using unique and differing methodologies and technologies, validated with confidence that Frameplay’s Intrinsic Time-in-View measurement is a viable measure of attention.