MediaKind, a global media technology leader, announces that it has pushed the boundaries of immersive consumer experience of live sport by streaming the world’s first multi-channel 6K 360-degree live sports event in collaboration with Deutsche Telekom, Tiledmedia, and Magnum Film.

The multi-camera 360-degree live streaming showed the match between Telekom Baskets Bonn and EWE Baskets Oldenburg from the Telekom Dome in Bonn, Germany, on 9 December 2018.

The live streams were delivered to customers of Deustche Telekom’s commercial Magenta VR service via a consumer app.

MediaKind led the technical project management, working alongside Deutsche Telekom, Magnum Film, Tiledmedia, Iconic Engine and INVR to create and manage the entire live end-to-end system. Deutsche Telekom commissioned Magnum Film for the on-site acquisition and production of the sports event in 360-degree video. This innovative demonstration marks the latest milestone in an 18-month collaboration between MediaKind and Tiledmedia to illustrate how 360-degree viewport adaptive ClearVR video can augment the traditional live broadcast consumer experience and bring fans closer to the action.

Angel Ruiz, CEO, MediaKind said: “Consumers are always seeking new ways to experience their favorite sports content. Through the rapid evolution of 360-degree technology, we have the potential to push boundaries and take the consumer to the heart of the game itself. The success of this world first live sport event using 6K 360-degree video with ClearVR tiled format is a major milestone for our team of engineers and our partners who turned this around in a short space of time. This demonstration encompasses MediaKind’s singular goal: to enable our customers to create and efficiently deliver immersive media experiences.”

The event was sponsored by Deutsche Telekom’s T-Labs research team who are running an evaluation of next generation 360-degree VR technologies. Deutsche Telekom already has a commercial VR service “Magenta VR”, launched last year, as part of its national IPTV/OTT ‘Magenta TV’ service in Germany. 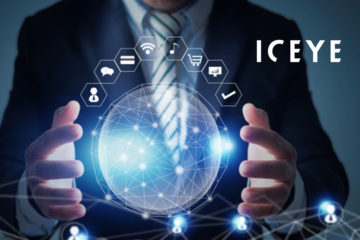