India is one of the most passionate movie-making countries in the world, known for its multi-lingual flavors and dance sequences. With high-fly technologies catching up with the rest of the world, India is not behind. How could it be? Today, an institution in the entertainment & storytelling sector, Famous Studios once again proves its leadership position, by bringing Motion Capture to India. In collaboration with Centroid, UK, they have created the city’s first end-to-end Motion Capture Lab, ready to create magic for Indian visual content. The fully-equipped lab is set up at Famous Studios, Mumbai in India, the age-old stronghold for the brand, over decades.

Recommended: Is Helsinki Turning into the Virtual Reality Capital of the World?

At the launch, Phil Stilgoe, CEO & Producer, Centroid, said, “India is one of the talent lakes in the entertainment sector. Not only is the creativity top-notch, but the development of the sector is also in the hands of innovative professionals who are increasingly hungry to create greatness. Monetarily, there is massive growth potential. Integration of technology will only enhance what we already have here, creating visual gold for the viewer.”

By bringing this to India, Famous Studios has paved the way for a new dimension of film-making, animation, and visual innovation. The lab will bring in internationally-aligned technology, setting the stage for Indian artists and creators. Some of the services that are now on offer are Motion and Performance Capture, Previs and virtual production, character pipelines for Gaming and VR developers, crowd sim solutions, and much more!

Phil added, “Partnering with Famous Studios is a no-brainer for us. Not only do they have a strong position & reputation built over seven decades they have time and again showed their readiness to adopt new technology.”

The Motion Capture Lab was launched, and a walk-through was undertaken by Phil Stilgoe, CEO & Producer, Centroid – UK, Serbia, India. To highlight the real potential, he gave a live demonstration of the implementation of Motion Capture; from the recording of movement to the post-processing output.

Internationally, Motion Capture has contributed greatly to film-making & gaming, through iconic products like “Guardians of the Galaxy”, “Godzilla”, Ant-Man”, “Mad Max”, and “Assassin’s Creed”, among innumerable others. India is no stranger to the value of Motion Capture technology, especially with its rich popular culture which includes gaming & film appreciation strongly.

Speaking on the occasion, Anant Roongta, Managing Director, Famous Studios, said, “At Famous Studios, it has always been our endeavor to deliver the best. Be that technology, processing, ideation, or any kind of support. With Centroid, we lay the foundation for India to drive a new dimension of art, thus fostering the development & growth of the creative sector.”

Built over 1500 sq. ft, the Motion Capture Lab at Famous Studios will support artists through the entire journey, from shooting to post-production. With this new technology, Famous Studios invites a new generation of innovative visual creators to break into new spaces. 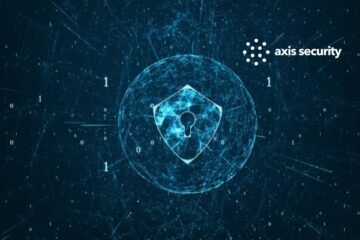