Voice technology company, Say It Now, has appointed Brian Fitzpatrick to the role of chairman as it looks to expand its business and seek further funding.  Fitzpatrick, who is also an angel investor in the company, has been involved in the development of digital media for nearly 25 years and is widely considered an industry veteran, expertise that sees him contribute to several emerging technology start-ups as a board member.  This is his first chairman position.
Currently, general manager for Europe at advertising technology specialist IPONWEB, Fitzpatrick’s previous roles include managing director for the European business of Adap.tv before its acquisition by AOL and European managing director of the Media Innovation Group (the MIG), WPP’s first technology development organisation dedicated to media buying and optimisation.

Launched in 2018 by Charlie Cadbury and Sander Siezen, Say It Now specialises in understanding natural language so that computers can talk to people in the same way that people have conversations with each other.  This helps brands and consumers to benefit from automated communications as people increasingly have smart speakers in their homes (more were sold worldwide in Q4 2018 than throughout 2017) and become comfortable and confident using them. (60% of owners have used them to make a purchase in the past year.)
Say It Now recently , a global challenge from Amazon to find the ‘killer voice app’ and beat off stiff competition to take bronze in the World Cup Final; its winning concept enables users to ask Alexa to book recommended local services, such as taking the car to the garage or arranging a beauty treatment, based on customer reviews. The company is also behind Diageo’s ‘Talisker Tasting Experience’.

Fitzpatrick, says: “Assistants are quickly becoming a key feature in many homes and the way people interact with them provides a unique challenge for brands. Say It Now solves this by focusing on conversational advertising, which, by empowering brands to tell their story changes the relationship between advertiser and customer, and conversational e-commerce that, while still in its infancy, we believe will replace web and app services for online bookings. In my role as chairman, I look forward to working with Charlie and Sander to develop and evolve this exciting area.”
Charlie Cadbury, CEO and co-founder of Say It Now, says: “The key challenges for businesses based on nascent technology is finding the killer use cases that deliver value in everyday life, creating a differentiated and compelling proposition around them and bringing that to market faster and better than the competition.  Brian truly understands the software development cycle and how to position it for advantage.  His expertise, experience and influence can only be beneficial for Say It Now.” 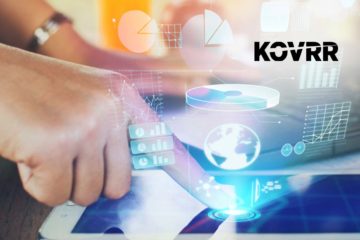