Cloudera to Add Two Representatives to the Board

Cloudera, Inc., the enterprise data cloud company,  announced that it has reached a voting and standstill agreement with Carl C. Icahn and certain of his affiliated entities (collectively, the “Icahn Group”) regarding, among other things, the membership and composition of the Company’s Board of Directors (the “Board”) and its committees.  Based on the Icahn Group’s Schedule 13D filings, the Company believes the Icahn Group beneficially owns 50,343,460 shares, representing approximately 18.36% of the Company’s outstanding common stock.

Under the terms of the Agreement, Cloudera has agreed to appoint Nicholas Graziano and Jesse A. Lynn (the “Icahn Directors”), both of whom are employees of Icahn Enterprises L.P., to the Company’s Board of Directors, effective immediately.  Cloudera, which has a classified Board, will appoint Messrs. Graziano and Lynn as Class I directors whose terms expire at the Company’s 2021 annual meeting.  Cloudera will also expand the size of its Board of Directors to 10, and has agreed to limit the size of its Board to 10 for the term of the Agreement, though the Company is permitted to increase the size of the Board to 11 to add the Company’s new Chief Executive Officer to the Board upon his or her hiring.  Cloudera has also agreed to appoint Mr. Graziano to the Mergers & Acquisitions Committee of the Board and Mr. Lynn to the CEO Search Committee of the Board.

The Agreement includes other customary provisions.  Additional details about the Agreement as well as today’s announcement will be contained in a Form 8-K filed by Cloudera with the U.S. Securities and Exchange Commission on August 12, 2019.

“We are happy to have reached this agreement with Mr. Icahn and welcome Mr. Graziano and Mr. Lynn as members of our Board of Directors,” said Martin Cole, Chairman of the Board and interim Chief Executive Officer of Cloudera.  “Since the disclosure of his stake in Cloudera, we have been engaged in very constructive conversations with Carl and his colleagues.  Based on the strength of our product portfolio, our impressive enterprise customer base, and the potential of our forthcoming new Cloudera Data Platform, Carl has indicated that he believes Cloudera is undervalued and we fully agree.  Together with our new directors, the Board will continue to oversee the execution of Cloudera’s strategic plan and drive value for stockholders.”

“Our discussions with the Cloudera Board have been very positive,” said Mr. Icahn.  “We see in Cloudera a company with many opportunities to increase value for all stockholders and we look forward to having a voice in the boardroom to do so.” 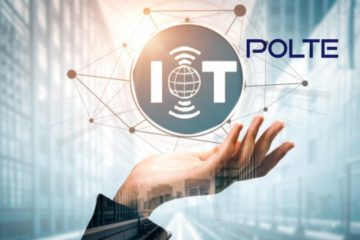