Razer’s plans for the opening of its new headquarters in Singapore highlight the Company’s growth plans in the esports and gaming industries, with the Singapore office acting as the epicenter for Razer’s Southeast Asia strategy

Razer, the world’s leading lifestyle brand for gamers, announces its plan for a long-term lease of a new location for its Southeast Asia headquarters based in the technology and media hub of Singapore. The Company anticipates moving into the new facility in 2020.

Razer has been on a strong growth trajectory and delivered a stellar year-on-year growth of 39% in revenues and 46% in gross profit in the first half of 2018. Razer’s plans for its new headquarters highlight the Company’s growth plans in the esports and gaming industries as the total addressable market (TAM) for gamers is expected to grow from 2.35 billion in 2018 to 2.76 billion in 2021, according to Newzoo Global Games Market Report.

The strategic location of the new Razer headquarters in Singapore also rides on the growing traction of the Services business across Southeast Asia. Razer has proven out to be the preferred monetization platform for gaming and content companies seeking to expand their global presence especially in the fast-growing Southeast Asia market, as evidenced by the recent Razer Gold partnerships with PUBG MOBILE, Nexon America and Webzen. Along with Razer Silver loyalty rewards system, Razer Gold empowers gamers to get the most out of their games and gaming lifestyle.

Razer Pay, since its launch in Malaysia in July 2018, is now one of the largest offline-to-online digital payments networks in Southeast Asia, with an extensive network of physical acceptance points through retail outlets such as 7-Eleven and Starbucks across Southeast Asia. With Razer Pay Singapore slated to be launched in the first quarter of 2019 and preparations to roll out in other Southeast Asia countries already in place, the new headquarters in Singapore will certainly support the rapidly growing Services business with its access to a strong pool of technology talent.

“We are excited to announce our new home for Razer employees and the community in the region. The move also represents our support for the Singaporean government in its efforts of developing the top location for technological innovation and attracting a strong technology talent pool. This is an exciting time for us as we continue to advance our operations on the back of the robust growth of the esports and gaming markets across the world.”

Singapore is one of the most digitally competitive countries in the world1 and the Singapore Government is dedicated to establishing the city-state as a global hub for technology and innovation. one-north, an icon of Singapore’s knowledge-based economy, is a 200-hectare development, focusing on key growth sectors including info-communications technology and media, biomedical sciences and start-ups, supported by capabilities in science and engineering. one-north is highly accessible and is in close proximity to the Central Business District, as well as research and tertiary institutions including INSEAD, National University of Singapore, National University Hospital, Singapore Science Park I, II, and III, and Singapore Polytechnic. one-north is also home to technology, entertainment and gaming companies such as Oracle, Seagate, Equinix, Ubisoft and Infinite Studios.

Bosch System Is the “Key” to Preventing Digital Car Theft

Workers Must Define the Future of Work 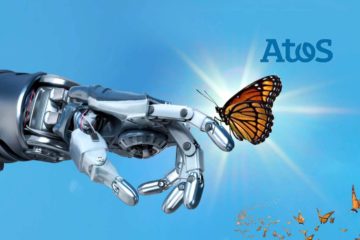