The priority goals identified by agencies in the survey and supported by broadcasters include:

Most of the agencies surveyed see a path toward increasing spending on local broadcast TV advertising if a step-change in automation and accuracy is introduced.

“We applaud the growing industry focus on automation to bring increased operational efficiency to the local investment process for Initiative and UM. By working with our local trading partners, we are able to execute with greater speed and accuracy, and this increases the attractiveness of local television media for our clients,” stated Kathy Doyle, EVP, Local Investment, MAGNA.

The industry’s primary challenge is implementing several requisite work-process and systems changes on both the buyer and seller side in a manner that avoids disrupting day-to-day business operations. Media agencies that participated in the Local Broadcast TV Automation Survey identified the following elements as “critical” to their ability to effectively manage the transition to increasing levels of automation:

“It takes time and effort to change the way an industry has operated for decades but the tangible benefits to broadcasters and our trading partners are real and meaningful,” said Perry Sook, Chairman, President & CEO, Nexstar Media Group, Inc. and founding member of the TIP Initiative. “We now see our industry providers increasingly leaning into automation and I am encouraged by the progress we are making in 2019 to modernize transaction workflows for improved efficiency and campaign delivery performance.”

To continue the momentum toward automation, representatives from participating TIP broadcasters and leading media agencies have formed the TIP Trading Partner Forum that is focused on maintaining open communications and educating the industry on the benefits of automated buys and processes.

TIP Initiative updates were provided to the 4A’s Video/Audio Committee at their July 2019 meeting and several case studies will be presented at the annual TVB Forward Conference on September 26, 2019 in New York City, where over five-hundred broadcast, agency and media industry executives are expected to be in attendance. 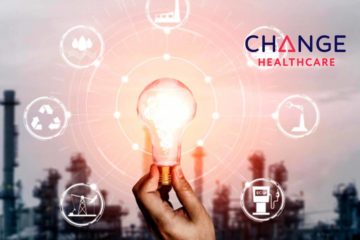