Ouster, a leading provider of high-resolution lidar sensors used for autonomous vehicles, robotics, and mapping announced significant business momentum including a roster of over 400 customers and the addition of over $60 million in funding. The company also announced the opening of a new manufacturing facility currently producing hundreds of sensors per month and capable of producing thousands of lidar sensors per month, and the appointment of Susan Heystee to its board of directors.

The announcements demonstrate that the company’s multi-beam flash lidar technology has significant adoption and momentum in the competitive lidar market.

Ouster’s technology is finding its way into virtually every industry where high performance lidar has been used – in addition to some new ones.

While each industry has unique requirements, Ouster has shown that its sensors can be used for many applications. Ouster now counts over 400 customers representing industries from autonomous vehicles to industrial robotics, agriculture, mapping, defense, and drones.

With its all-semiconductor approach to lidar, the company’s 3D sensors are smaller, lighter, more durable, and less expensive than other solutions. Transparent pricing and short 2-3 week lead times for sensor delivery also help the company stand out in a crowded market.

After announcing $27M in Series A capital in December of 2017, Ouster has worked with existing investors and new backers to secure additional funding to accelerate its expansion into new industries and geographic markets and rapid pace of technology development. The additional $60M in equity and debt funding includes investments from Runway Growth Capital and Silicon Valley Bank, as well as additional funding from Series A participants Cox Enterprises, Constellation Tech Ventures, Fontinalis Partners, Carthona, and others.

The additional investment has helped to develop Ouster’s product lines, including the launch of the OS-1-128 lidar sensor, and fund the expansion of its production facilities.

Ouster is especially proud to announce the grand opening of its new manufacturing center at its headquarters in San Francisco. The facility includes space for nearly a hundred manufacturing staff, reliability and quality assurance equipment, and sensor calibration that is included with every sensor. The manufacturing facility will have the capacity to assemble, calibrate, and ship several thousand sensors per month toward the end of 2019.

Appoints Susan Heystee to board of directors

Ouster is very excited to announce the appointment of Susan Heystee to its board of directors. Heystee will contribute to corporate governance, draw from her background in scaling companies from tens to thousands of employees, guide sales and marketing strategy, and contribute her extensive background in the automotive, technology, and fleet sectors.

Heystee most recently served as Senior Vice President of Verizon’s Global Automotive business. Prior to joining Verizon, Heystee was the Executive Vice President of Sales at Telogis, a global enterprise software-as-a-service (SaaS) company providing location technology solutions for fleet and mobile workforce management. Under Heystee’s leadership, Telogis grew from a start-up to one of the dominant players in the rapidly growing connected vehicle/smart mobility market, resulting in its acquisition by Verizon Communications in August 2016.

“I’m thankful for the opportunity to share my expertise and skills with the leading lidar company poised for growth and one highly focused on bringing 3D sensing to the masses,” said Heystee. “I look forward to working with Ouster’s talented management team to extend the company’s market leadership.”

Since Ouster launched in late 2017, the company has announced 4 lidar sensors with resolutions from 16 to 128 channels, as well as two product lines: the OS-1 and OS-2. What started as a 4-person team working in a tiny warehouse three years ago has grown to over 100 full-time employees across engineering, operations, business development, and marketing. The company expects to nearly double its headcount in the coming year to support further product line development and meet the global demand for its high-resolution lidar sensors.

“The momentum we’re seeing in our business is driven by the demand we’re seeing in the market for customers wanting to push the performance frontier. It’s amazing that just a year ago we could count our customers on one hand, and now over 400 engineering teams around the world are using Ouster’s sensors to build new industries and re-shape old ones,” said Ouster CEO Angus Pacala. “It’s humbling to know that this demand exists – it motivates us every day to deliver for our customers.” 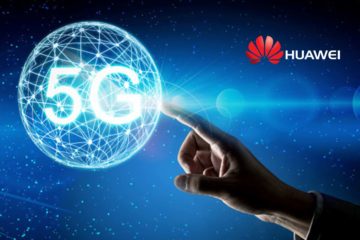 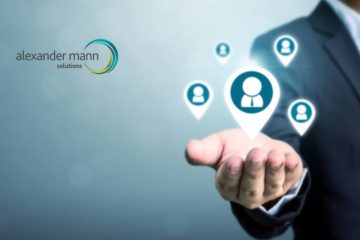