DigitalOcean, the cloud for developing modern apps, announced that it has appointed Yancey Spruill as its new Chief Executive Officer. Spruill replaces Mark Templeton, who announced his decision in May 2019 to step down due to personal reasons and has been working closely with the company’s board to identify a successor. DigitalOcean also appointed Bill Sorenson as its new Chief Financial Officer, who will help scale the company’s global finance organization.

Spruill brings a wealth of technical, financial and leadership experience to DigitalOcean. He began his career as an engineer and spent several years as an investment banker focused on mergers and acquisitions. Over the last 15 years, Spruill has held various senior leadership roles at technology companies most recently serving as COO and CFO at SendGrid from 2015 to 2019. During his tenure, SendGrid’s annual revenue and customer base tripled. He also guided the company through its $150 million IPO in late 2017 and its sale in early 2019 to Twilio for $3 billion in stock. Previously, Spruill served as CFO at DigitalGlobe for ten years, guiding it through a successful IPO in 2009. He currently serves on the boards of Allscripts Healthcare Solutions, Zayo Group Holdings and Ping Identity Corporation, a privately-held software company.

“Yancey embodied everything we wanted in DigitalOcean’s next leader. He has the technical expertise needed to guide our product and business teams, a wealth of experience scaling global technology companies, and a deep understanding of the developer community, which is core to our business,” said Mark Templeton, outgoing CEO of DigitalOcean. “His experience will advance the work I’ve been proud to do at DigitalOcean making application development simpler and more accessible to our 4 million-strong developer community, and beyond.”

“DigitalOcean is a brand I’ve followed and admired for a while the leadership team has done a tremendous job building out the products, services and, most importantly, a community, that puts developer needs first,” said Spruill. “We have a multi-billion dollar revenue opportunity in front of us and I’m looking forward to working closely with our strong leadership team to build upon the current strategy to drive DigitalOcean to the company’s full potential.”

DigitalOcean also announced today that Bill Sorenson will join as CFO. Sorenson brings extensive financial management, capital markets and global operations experience. He also has a proven track record of scaling global technology companies. Most recently, he was the CFO at Enernoc, which he guided through a strategic sale to an investor. Previously, Sorenson served for five years as the CFO of Qlik, a business intelligence and visualization software firm which had more than 1,700 employees at the time across 26 countries, and led it through a successful IPO. His experience building and managing global teams will be critically important at DigitalOcean, which generates more than half of its revenue outside of the U.S.

“DigitalOcean has a talented leadership team, a passionate customer base and audacious goals,” said Sorenson. “The company has already crossed several significant business milestones, and I am excited to lead its financial organization through this exciting next phase of growth.” 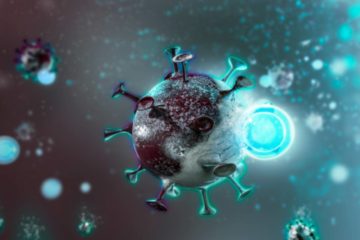 Promethieus Technologies IPO Will Be Focused on Future Tech Start-Ups 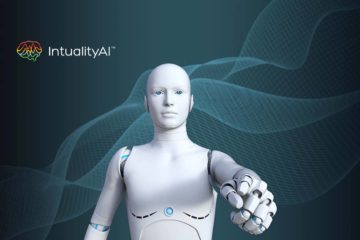