Digital “tailwinds” are likely to keep the global sourcing market on a strong growth trajectory in 2019 after the market soared to new heights last year, according to the latest state-of-the-industry report from Information Services Group, a leading global technology research and advisory firm.

ISG is forecasting the market for cloud-based services will grow 25 percent globally in 2019, based on unrelenting corporate demand for digital transformation. Even the traditional sourcing market is expected to grow at a faster rate this year than last, ISG says. This accelerating growth comes on top of a record-breaking year for the global sourcing industry in 2018.

“Digital transformation is the mainstay of the market, with accelerating demand for all things digital. That robust growth, north of 40 percent, is reflected in the record ACV for cloud-based solutions that we saw in both the fourth quarter and full year,” said Steve Hall, partner and president, ISG. “From a broader perspective, despite more volatility, the external factors that used to impact business have less impact now, because the tailwinds of digital are stronger than the headwinds of global macro-economic forces. We’re at a tipping point with digital. Organizations that are transforming can’t stop or they’ll die.”

Even with modest ACV growth, the traditional market saw robust activity, with both ITO and BPO setting new records for contract-award volume in 2018. ITO generated 1,332 contracts, up 5 percent over the prior year, while BPO produced 495 awards, up 23 percent. A full 60 percent of awards were in the lowest ACV range measured by ISG – $5 million to $10 million – indicative of the continuing trend toward smaller deals of shorter duration, as enterprises seek to maintain flexibility in the face of accelerating technology change.

The Americas maintained its perch as the world’s largest commercial sourcing market with 2018 full-year ACV reaching a record $25 billion, up 21 percent. Both the traditional market, up 10 percent, to $13.6 billion, and the as-a-service market, up 37 percent, to $11.5 billion, were at all-time highs. The fourth quarter was equally strong for the Americas, with record combined ACV of $6.8 billion, up 23 percent – a performance boosted by a 45 percent jump in as-a-service ACV, to a record $3.2 billion, and a 9 percent rise in traditional ACV, to $3.6 billion. Strong contracting activity and strong demand for digital services propelled the region to its best year and quarter ever.

Full-year ACV for the EMEA market rose 9 percent, to $16.0 billion, on strong demand for cloud-based services. As-a-service ACV leaped 47 percent, to a record $6.1 billion, more than offsetting a slumping traditional market, which dropped 7 percent, to $9.9 billion. Traditional sourcing was impacted by weakness in telecommunications and energy, a difficult comparison in the UK against a strong 2017, a substantial drop in Benelux and a modest decline in DACH. After stringing together two consecutive strong quarters of $4 billion-plus in ACV, EMEA retreated to a more typical level of $3.7 billion in the fourth quarter, up 5 percent. As-a-service produced another record quarter, at $1.6 billion, up 39 percent, but traditional sourcing fell 12 percent, to $2.1 billion, on weakness in DACH and in the UK, where purchasing slowed over Brexit uncertainty.

The combined sourcing market in Asia Pacific rose 30 percent in 2018, to $6.7 billion. Surging demand for cloud services pushed as-a-service ACV to a record $4.2 billion, up 55 percent. Traditional sourcing, meanwhile, eked out a 3 percent increase in full-year ACV, to $2.5 billion, with solid growth in Japan and Korea offsetting weakness in other markets. The fourth quarter paints a rosier picture for the region’s traditional sourcing, with ACV up 20 percent, to $717 million, helped in large measure by strength in Australia–New Zealand and Japan. As-a-service ACV, meanwhile, reached another record high of $1.1 billion, up 47 percent. Combined, the two segments produced fourth-quarter ACV of $1.8 billion, up 35 percent, resulting in the region’s second-best quarter ever.

“Even though the macro environment is more volatile now than a year ago, demand for sourcing remains strong,” Hall said. “We believe the industry will see an accelerating growth trend in 2019, even in the face of unforeseen macro-economic challenges. We are forecasting the as-a-service market will grow by 25 percent, with public cloud IaaS growing at 42 percent and the overall SaaS market growing at 17 percent. We believe traditional sourcing should grow at a faster rate this year as well; we’re forecasting growth of 4.5 percent for that segment of the market.” 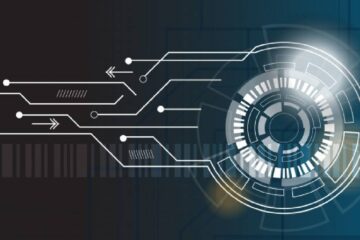