Yelp Inc, the company that connects people with great local businesses, released third quarter data for the Yelp Economic Average (YEA), a benchmark of local economic strength in the U.S. The report finds slow national growth, up by only .07% in the third quarter, as several of California’s local economies continued long-term declines, led by San Jose and San Francisco.

YEA is calculated from the fourth quarter of 2016, nationally and for 50 metros, reflecting data from millions of local businesses and tens of millions of users on Yelp’s platform. The report measures local economic strength through business survival and consumer interest. For every quarterly release since the introduction of YEA earlier this year, its change from the prior quarter has matched the change in GDP growth. According to researchers, Yelp provides a timely and accurate measure of a huge swath of the economy that is often missed by many major indicators.

While reports show that California’s position in the national and global economies is strong, the state has seen the biggest decline in local economic activity among the 50 major U.S. metros YEA tracks. San Francisco, San Jose and San Diego all rank in the bottom five metros, while Los Angeles is in the bottom ten and Sacramento places below average. Limits to development around California have driven up housing costs, which has restricted the supply of workers, raised labor costs, and limited consumption, according to the McKinsey Global Institute.

California’s shopping businesses have been hardest hit, ranking at the bottom in each of the five California metros, with stores selling shoes, cellphones, and women’s clothing falling the sharpest. Restaurants, food, and nightlife categories are also struggling in all five California cities. The declines range from 2.6% in San Diego to 9.3% in San Jose, with an above-average fall of 6% in San Francisco. As rents in San Jose and San Francisco have surged, retail and restaurants have felt the impact.

San Francisco and San Jose have particularly struggled with construction limits and rents, and they’ve consistently ranked as the bottom two metros in the economic average in each of the last three quarters. The other California metros had been doing better at times but dipped in performance heading into this quarter.

Buffalo (NY) and Pittsburgh (PA) join Milwaukee (WI), Honolulu (HI), and Portland (ME) in the top five boomtowns this quarter, knocking out Louisville (KY) and Memphis (TN) from last quarter. Home services businesses have been among the strongest in all five of the top metros. Local factors also propelled these boomtowns to their success, including food trucks in Milwaukee, life coaches in Buffalo, junk removal in Honolulu, juice bars in Portland, and software developers in Pittsburgh.

While still below its level three years ago, retail gained ground for a second straight quarter. Stores selling items that shoppers might want to check out in person were among the gainers: sporting goods, appliances, hardware stores, antiques, furniture stores, and art galleries. Department stores and women’s clothing also advanced. Cellphones and computers, which previously lost business to online retail, made a bit of a comeback this quarter.

Lower-priced and stay-at-home options were among the strongest in the restaurants, food, and nightlife categories, while several types of upscale restaurants declined, indicating a shift toward value and eating in. The strongest types of food and drink businesses in the third quarter included chicken wings, pizza, and sandwiches; and grocery stores, delis, and stores selling beer, wine and spirits.

Survey Reveals US Retailers Are Missing Out on Global eCommerce Opportunities 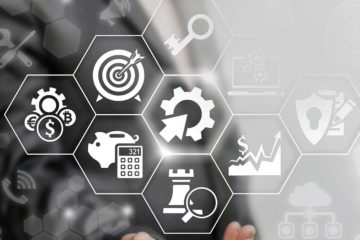